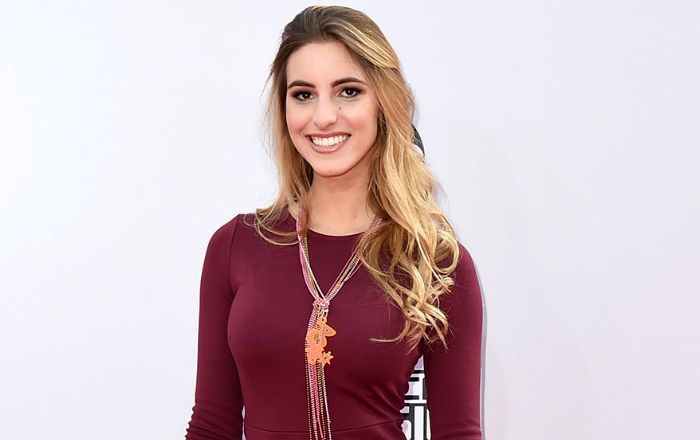 Lele Pons is a popular name in the virtual world, thanks to her immense fame on social media platforms like now-defunct Vine, YouTube and Instagram. Born in Caracas, Venezuela to architect father, Luis Pons and practising doctor mother, Anna Maronese, she moved to the United States when she was five years old. She was educated at Miami Country Day High School.

Pons moved to Los Angeles and started her online career as a Viner when she was introduced to the short video uploading platform by her friend. She is the most popular and the most followed person on Vine before shutdown and became the first Viner to garner 8.4 billion loops. Pons received a Teen Choice Awards nomination for “Choice Viner” as well as nominated for Streamy Awards in the category “Viner of the Year” in 2014. In 2015, she was invited to the White House to create Vines to support the First Lady’s campaign for disadvantaged kids to go to college.

Lele branched out to YouTube after Vine was shutdown in 2015. She collaborated with Shots Studios to create comedy skit videos that she posts to her self-titled channel. She has build a massive army on YouTube where she has accumulated over 14 million subscribers. Despite hectic schedule, she never forget to post videos to her channel every week. In addition to an insane fan following on YouTube, she also has over 34 million followers on Instagram.

Pons co-authored the book Surviving High School with Melissa de la Cruz in 2016. As an actress, she has appeared in a web series titled Escape the Night in 2016 and featured in many short films. She has also featured in many music videos. Pons was made the Brand Ambassador for CoverGirl in 2017. In May 2018, Pons released her debut single – a Spanish-language duet with Matt Hunter titled “Dicen”. The YouTube music video amassed 10 million views in just four days.

Lele Pons has built an incredible empire of fortune thanks to her many business endeavors including her successful online career. The Venezuelan American star, Lele Pons has a staggering net worth of $3 million.