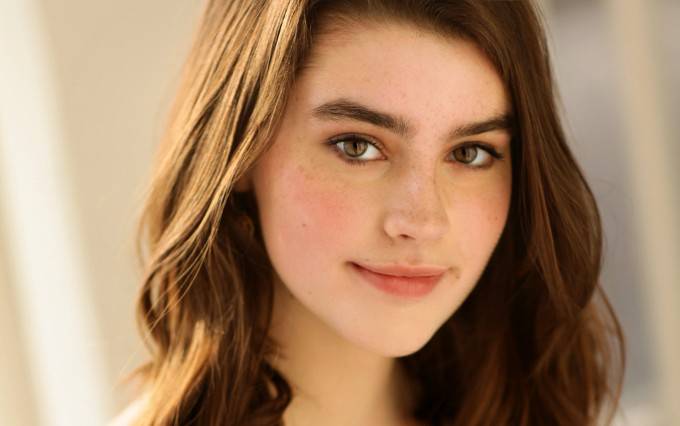 Audrey Holcomb is an American actress best known for her role as Eden on the hit Netflix series Stranger Things. She has also starred in a number of short films, including Scary Stroy, Colt 45, Junior Guards, and 3 Minutes. She began her acting career with the TV series Murder Calls where she appeared in an episode in 2017 and landed her breakthrough role in 2022 on Stranger Things. She has quite a presence on Instagram with around 200k followers.

Audrey Holcomb was born on 7 July 2000 in Atlanta, Georgia, USA. She is the only daughter of three children to parents Mary Beth and Rick Holcomb. Her brothers are named Forrest and Brooks.

Holcomb has been quite active in the entertainment industry for some years now. She started off with a shot film titled Musical Hearts in 2015, and the actress has starred in a number of short films since then. Though she has not had as many acting credits to her name as we speak, her first major feature film is likely to release in 2023. She starred alongside Leonor Varela, Matty Cardarople, and Larsen Thompson in the Marcella Cytrynowicz-directed drama film, American Cherry.

In 2022, she appeared in an episode of the TV series Stranger Things, in which she co-starred with the likes of Millie Bobby Brown, Finn Wolfhard, Natalia Dyer, Winona Ryder, and Charlie Heaton. Despite the fact that she came on the screen for quite a few seconds, she stole the show with her natural acting skills, leaving audiences spellbound.

She was born and raised in Atlanta, Georgia.

She made her acting debut back in 2015 when she was 15 years old with the short film Musical Hearts.

She made her feature film debut in 2013 with the movie American Cherry, playing the role of Corinna Hoffman. The film is slated to release in the later part of 2023.