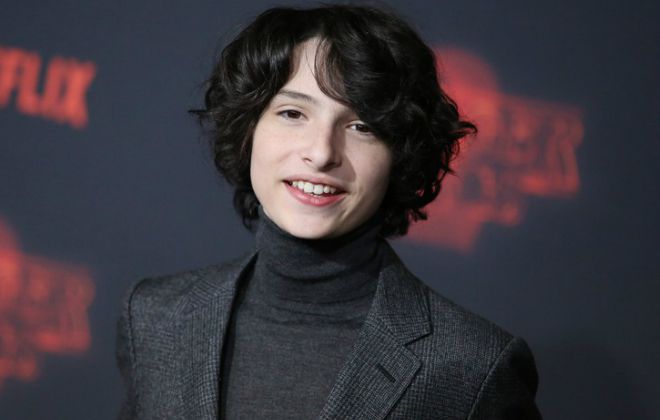 Finn Wolfhard is arguably the most famous teen actor in Canada, who came to the limelight for his roles in the Netflix series Stranger Things and in Stephen King’s It. He is also the lead vocalist for the rock band The Aubreys. He was previously a member of the rock band Calpurnia. In 2021, he played Trevor in the supernatural film Ghostbusters: Afterlife. Over the years, he has appeared in a plethora of films and TV shows, including It Chapter Two, The Goldfinch, When You Finish Saving the World, Carmen Sandiego, and Duncanville. He was featured in Forbes 30 under 30 class of 2020 in the field of Hollywood and entertainment.

Finn Wolfhard was born on the 23rd of December 2002, in Vancouver, British Columbia, Canada. He is currently 19 years old.

Regrettably, very little is known about his immediate family. His father, Eric Wolfhard, works as a researcher on aboriginal land claims. Details regarding his mother are unknown. His older brother, Nick Wolfhard, is also an actor.

Though Finn Wolfhard is a Canadian native, he’s got French, English, German, and Jewish roots. He is studying at a Catholic School in Vancouver.

He’s probably still single. Recently, he revealed that he’s not dating anyone while interacting with fans on social media.

Finn made his acting debut as Richie Tozier in the 2017 film adaptation of Stephen King’s It.

Before starring in a feature film, he was cast in two short films, Aftermath and The Resurrection in 2013.

He had a guest appearance in the post-apocalyptic science fiction series The 100 as Zoran.

The young actor leaped to international fame for his roles in the Netflix series Stranger Things and in the horror film It.

As of 2023, Finn Wolfhard has a net worth of $4 million dollars, which he earned from appearing in films and television shows.

He became fascinated with acting after watching the first film of his lifetime Spider-Man and decided to become an actor someday.

It wasn’t long before he grabbed his first acting gig in the Independent film Aftermath in 2013.

He was featured in the music video for the song “Guilt Trip” (2014) by Canadian punk band PUP.

He got his major break when he began to play Mike in the Netflix series Stranger Things.

Finn is the frontman and guitarist for the now-defunct Vancouver-based rock band Calpurnia. The group is popular for its cover songs on YouTube.

He made his directorial debut with the comedy short film, Night Shifts, in August 2020.

He made the band along with his friends Ayla, Jack Anderson, and Malcolm Craig. The band uploaded their first song in June 2017 which was the cover of Twin Peaks by Wanted You.

He has won the MTV Movie & TV Awards for his performance in the movie It along with other cast members of the film.

Finn Wolfhard can be next seen in the films The Turning, a film adaptation of Henry James’ novella The Turn of the Screw, The Addams Family, and Ghostbusters: Afterlife.