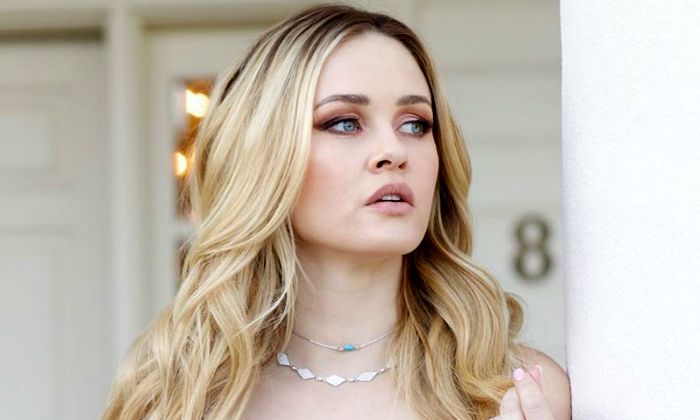 Hailing from Cottonwood, Arizona, Ambyr Childers is a passionate actress probably best known for her starring roles as Susan Atkins in the NBC crime drama Aquarius and as Ashley Rucker in the Showtime crime drama Ray Donovan. Known for her versatile acting, she was picked by Netflix to play the recurring character Candace Stone in the psychological thriller television series You. She became a series regular starting from its second season. Her film credits include The Master, Gangster Squad, Broken City, We Are What We Are and 2 Guns, among many others.

Ambyr Childers was born on the 18th of July 1988, in Cottonwood, Arizona, United States of America. She is currently 33 years old.

Very little is known regarding Ambyr’s personal matters as she hasn’t shared much about her parents with the media. Her parents ran a family business in their hometown. She has two sisters.

She completed her schooling in 2006 at the Vista Murrieta High School in Murrieta, Riverside, California.

Ambyr is currently in a relationship with a businessman named Jeff Tinsley. They got engaged in January 2018. They are living happily together as well as she takes care of Jeff’s three children from his past relationships.

In 2000, Ambyr Childers made a guest appearance on an episode of the BBC television series L.A. 7.

She had two releases in 2003, and after that, she didn’t appear in any projects until 2006. That year, she was cast as a series regular in the ABC soap opera, All My Children, her first major role in her career as an actress.

In 2013, she played Ashley Rucker in the crime drama series Ray Donovan, another breakthrough role in her career that brought her a lot of fame. Ambyr then portrayed the character of Susan Atkins in the NBC crime drama series Aquarius in 2016.

In 2018, Ambyr Childers began to star as Candace Stone in the Netflix thriller series, You. Her performance in the series’ first season was critically acclaimed which led to the promotion of her character to a series regular. She plays Joe’s (main character) ex-girlfriend who follows him to Los Angeles.

Although she got into acting two decades ago, she has just been into mainstream popularity. Ambyr Childers’s net worth, as of 2022, has a net worth of $5 million.

Fans can follow her on various social media platforms in order to keep up with her and the projects. She can be found on Instagram @ambyrchilders_official, where she has 400,000 followers.

She grew up along with her siblings in Murrieta, Riverside, California.

When she’s not in shoots, she loves horseriding and golfing.