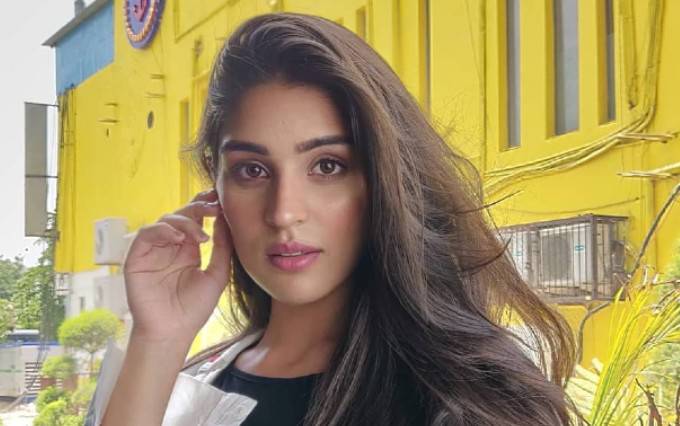 Yukti Thareja is an Indian model and actress from Haryana, India. She came to the limelight after appearing in MTV’s Supermodel of the Year contest in 2019. She was scouted while she was still in college which led to an opportunity to participate in the reality show. Yukti caught a lot of attention immediately after entering the modeling business. She was one of the top contestants on the show. In 2021, She appeared in the music video for the song Lut Gaye featuring actor Emraan Hashmi. Her charisma and slender figure made her an instant success in modeling.

Yukti was born on January 05, 2001, into a Hindu family in Haryana. Her father’s name is Praveen Thareja. She grew up alongside her brother, whose identity has not been revealed yet.

Yukti obtained a Bachelor’s degree in commerce from the Guru Gobind Singh College of Commerce.

Yukti Thareja is known to be secretive when it comes to her personal life. She hasn’t disclosed anything about her love life or dating history to the media.

She was discovered while she was still in college and began modeling. She has competed in various modeling contests and won awards.

In 2019, she participated in the MTV reality show, Supermodel of the Year and emerged as one of the top contestants on the show.

She has appeared in several TV commercials, including Grofers.

She’s got a tattoo of a flower on her left torso.

In 2021, she appeared in the music video of Jubin Nautiyal’s Lut Gaye, a romantic ballad composed by Tanishk Bagchi, featuring Emraan Hashmi.