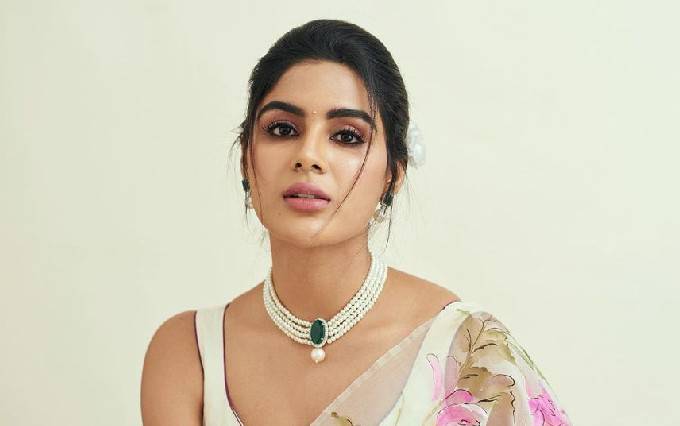 Samyuktha Menon is an Indian actor, model, and dancer, who predominantly works in Malayalam films. She has also starred in Tamil, Telugu, and Kannada movies. She made her first appearance in the Malayalam movie Popcorn (2016), in which she played the character named Anjana, the love interest of Shine Tom Chacko. Her maiden Tamil movie was Kalari (2018), where she portrayed the character of Thenmozhi. She is known for her works in Popcorn, Theevandi, and Lilli. Samyukhtha’s movies include Vellam, Kalari, Underworld, Aanum Pennum, Uyare, Erica, Wolf, Aanum Pennum, Oru Yamadan Premakadha, and Edakkad Battalion 06.

Very little is known about her personal life. She was raised by her single mother whose identity has not been revealed yet. Apart from this, there’s hardly any information about her family or her early life.

She was educated at Chinmaya Vidyalaya in Thrissur and pursued her undergraduate in economics in Kerala.

Samyuktha avoids the spotlight and maintains privacy when it comes to her personal life. She is possibly single or never reveals the identity of her boyfriend in case she has one.

In 2018 Samyuktha Menon Co-starred as Devi, in Theevandi, a Malayalam comedy-drama movie and she became much popular for her role in this film.

She co-paired with Tovino Thomas in the lead in many movies she has acted till now.

Samyuktha made a cameo appearance in the Film Uyare, as the character Named Tessa with Tovino Thomas in the Lead.

She played the role of an antagonist named Dr. Sangeetha in the Action Film Kalki (2019) opposite Tovino Thomas, directed By Praveen Prabharam.

In 2019, she acted in two films July Katril Directed by K. C. Sundaram and in Oru Yamandan Prema Kathai.

In 2020, Samyuktha acted in the Malayalam language biographical survival drama film, Vellam: The Essential Drink alongside the likes of Jayasuriya, Siddique, Johny Antony, and Sreelakshmi.

Samyuktha also acted in the Malayalam-language Mystery Thriller film Wolf, which is based on the short story Chennaya Written by G.R. Indugopan.