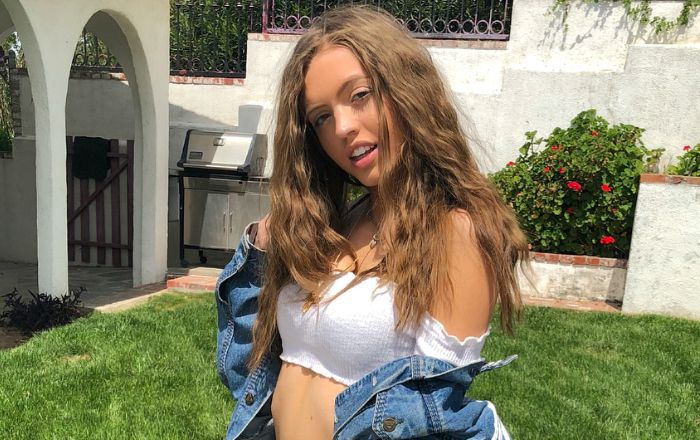 Victoria Waldrip, better known as Woah Vicky or Icky Vicky is a popular Instagram star, famous for posting videos and photos on different social media apps. She came into the limelight when she assaulted a law enforcement officer in February 2018. Waldrip was recently involved in a street fight with the “Cash Me Outside” girl, Danielle Bregoli and a video of the same went viral on social media. She was accompanied by a young nine-year-old girl Lil Tay. People are crazy to know more about this Instagram personality who has more than 2.7 million followers on Instagram.

Woah Vicky is the second and the youngest daughter to Carla Johnson and Steve Waldrip. She has an older sister.

She studied at the Marietta High School in Georgia and graduated from Penn Foster High School.

Woah Vicky is currently in a relationship with a fellow Instagram star Lil Virgin. The couple continuously posts pics and videos of each other on their respective social media accounts.

Victoria has not acted in any film or TV show to date.

Woah Vicky makes use of her massive popularity on various social media platforms to promote brands and products. She also has her own online merchandise store where she sells t-shirts, hoodies, Hip Hop Chainz, Grillz, iPhone cases, beanies, and ski masks.

Her father Steve is a residential builder who is the owner and president of Homes by Steve Waldrip, Inc.

Waldrip is a huge fan of the clothing and accessories brand Gucci. She posts a lot of photos and videos of her trying different outfits from Gucci along with bags, and accessories.

She often makes controversial remarks on her race.

Vicky revealed that she is African-American based on an ancestry test. She often uses the f-word and n-word in her videos.

She once posted a racist music video about Asian men titled, “Ching Chong” to her YouTube account. The video was posted in response to fellow YouTuber RiceGum’s video, in which he had criticized her singing style, along with her claims of being black. She deleted the video at once and uploaded an apology video after she was criticized for being a racist.

In 2017, Woah Vicky also claimed that she was expecting Papi JJ’s baby. However, he denied the fact that he is the father of the baby.

On February 18, 2018, Woah Vicky was arrested in a North Carolina mall and was charged with trespassing, assault on a law enforcement officer, and resisting, delaying, or obstructing an officer.

In April 2018, Woah Vicky has been caught on video getting into a street fight with “cash me outside” girl Danielle Bregoli aka Bhad Bhabie. A video of the same surfaced online where the two were seen exchanging abusing words, and punches are thrown before they were separated by onlookers.