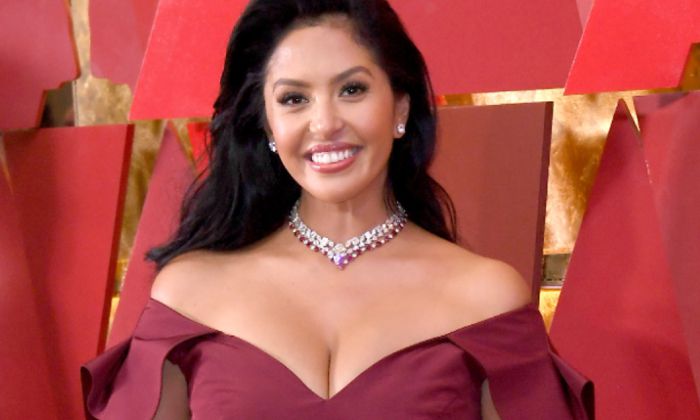 Vanessa Bryant is an American former model and entrepreneur, who is best known to the world as the wife of late Kobe Bryant, an NBA star often referred to as “Black Mamba” by the press. Kobe and his 13-yer-old daughter, Gianna, died in a helicopter crash on January 26, 2020.

She started off her career as a model and video vixen during her high school senior years and has featured in numerous music videos. Vanessa is a social media influencer too, with more than 14 million people following her on her Instagram. As of 2022, Vanessa Laine Bryant has a net worth of $600 million.

Vanessa Laine Bryant was born Vanessa Cornejo Urbieta on the 5th of May 1982, in Huntington Beach, California, United States of America. She is currently 39 years old.

Vanessa is the daughter of Mexican parents. She was raised by her mother, Sophia Urbieta, and her step-father, Stephen Laine after her parents divorced when she was three years old. Details about her biological father are unknown.

She has an older sister named Sophie, who is ten years her senior. She took her step-father’s last name as her surname after her mother married Laine in 1990.

Bryant was schooled at St. Boniface Parochial School and graduated from the school in 1996. There, she was a part of the cheerleading squad, and then attended Marina High School, graduating with honors in 2000.

Vanessa began dating Kobe Bryant in 1999 shortly after meeting him while working as a background dancer for the music video “G’d Up” by Snoop Dogg’s rap group The Eastsidaz.

The couple got engaged just six months into the relationship at her 18th birthday party. She was still in her high school at that time and to avoid media scrutiny, she completed high school through homeschooling. They married on April 18, 2001, at St. Edward Roman Catholic Church, in Dana Point, California.

She was only 18 at the time of the wedding. Bryant’s parents disapproved and didn’t attend the wedding as he was too young and Laine was not African-American.

Vanessa filed for divorce from Kobe citing irreconcilable differences in December 2011. In January 2013, the couple announced that hey had reconciled and the divorce had been called off.

Gianna, their second daughter, who is also a basketball player, died along with Kobe in a helicopter crash near Calabasas, California on January 26, 2020.

Vanessa appeared in an episode titled “The Wedding” of Keeping Up with the Kardashians in 2009. Though she has not feature in any feature films, she has worked in the art department of feature films like Man on Fire and Colombiana.

According to media portals, Vanessa Laine Bryant is worth around $600 million in 2022. She inherited her husband’s wealth after his death.

She took her step-dad’s last name, Laine, and changed her name to Vanessa Laine in 2000, even though he never adopted her.

Vanessa suffered a miscarriage due to an ectopic pregnancy in the spring of 2005.

Kobe and Vanessa provided financial support worth $500,0000 to her mother and stepfather when they filed for bankruptcy in 2000.

As a part of their philanthropic efforts, Vanessa and Kobe founded the VIVO Foundation in 2007 to help children and families who are in dire need with financial support. The charity was later renamed to Kobe and Vanessa Bryant Foundation.

She is friends with Hollywood’s biggest names like Beyonce, Jennifer Lopez, and Mary J Blige.

She stood by Kobe when he was accused of raping a 19-year-old hotel employee in Eagle, Colorado, in the summer of 2003. Though he accepted that he had cheated on her, she said that they will deal it within their marriage. The case was later dropped.