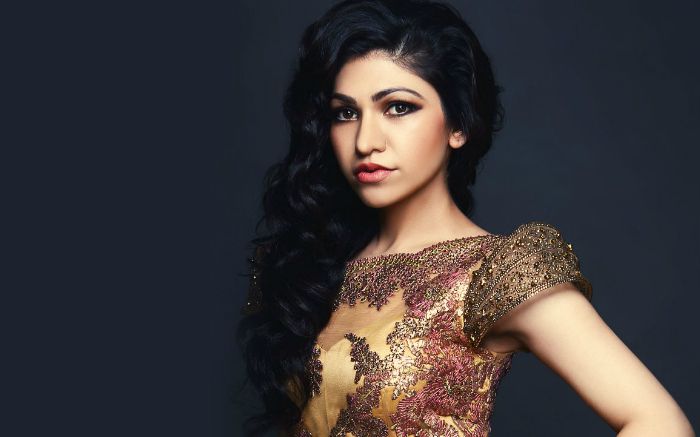 Indian playback singer Tulsi Kumar is best known for her hit numbers in Bollywood films. She lent her voice for several hits like Chup Chup Ke, Once Upon A Time In Mumbai, and Sarbjit. She released her debut album titled ‘Love ho Jaaye’ in 2009. From 2021, she’s hosting Indie Hai Hum S02.

She attended Lady Shri Ram College for Women in New Delhi and graduated with a degree in Economics and Psychology.

Tulsi Kumar married Hitesh Ralhan on 18 February 2015 in New Delhi. They both welcomed their first son, Shivaay Ralhan, on 24 December 2017.

Tulsi Kumar first lent her voice for the song “Shabe Firaaq” in the 2006 Hindi film Chup Chup Ke. She released her debut album, ‘Love ho Jaaye’  in 2009 and also released a music video for the title track.

She hasn’t appeared on films or TV series yet apart from talk shows.

She started singing when she was 6 years old. She took singing training from Suresh Wadekar’s Academy.

In 2015, she received the Rajiv Gandhi Excellence Award – Melodious Voice of the year.

She won Mirchi Music Award for Listener’s Choice Song of the Year for the song Soch Na Sake in 2017.