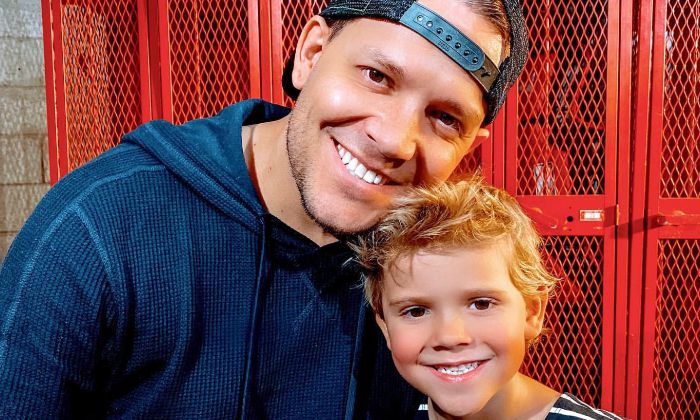 Travis Talbott is a retired baseball player, YouTuber, and social media influencer. This California native is best known for his family YouTube channel, Trav and Cor, which is managed by him and his wife, Corey Talbott. Through the video-sharing platform, the family shares videos of memorable moments from their everyday life to their 5.5 million subscribers. The channel is popular with people of all ages all over the world. He has amassed over a quarter-million Instagram followers, in addition to 630 thousand followers on their family Instagram page.

Despite being a YouTuber and sharing every aspect of his with his fans, Travis enjoys his privacy, and doesn’t talk much about his family or early life.

He was educated at Santa Cruz High School and attended University of California, Berkeley.

Travis and his wife, Corey, co-created their YouTube channel, Trav and Corin, in July 2014, after they decided to document their daily life and share it with their followers. Two years later they launched their channel, they uploaded their first video titled “1-year-old Tydus snowboarding! EPIC” in February 2016. For the next year, the two were just uploading videos about Tydus, their older son.

With time, the channel has become widely popular with families that have children of all ages. The family has used its YouTube channel to inspire other families, as well as single-parent households. Though their older son, Tydus Talbott, who is often credited as Mini Jake Paul, is the original star of their YouTube channel, their other children have contributed to it as well.

Without a doubt, the channel is one of the most popular family channels on YouTube, which has already amassed over 4.5 million subscribers.

Prior to launching an online career, Travis was a baseball player and played for Florida Marlins until his retirement in 2007. He was picked in the 14th round of the 2005 MLB Draft.

He has collaborated with fellow YouTuber Jake Paul on multiple instances.

Besides being a successful YouTuber, Travis is also credited as an entrepreneur. The Talbotts own a boutique hotel near Lake Tahoe, a freshwater lake that lines the border of the states of California and Nevada.