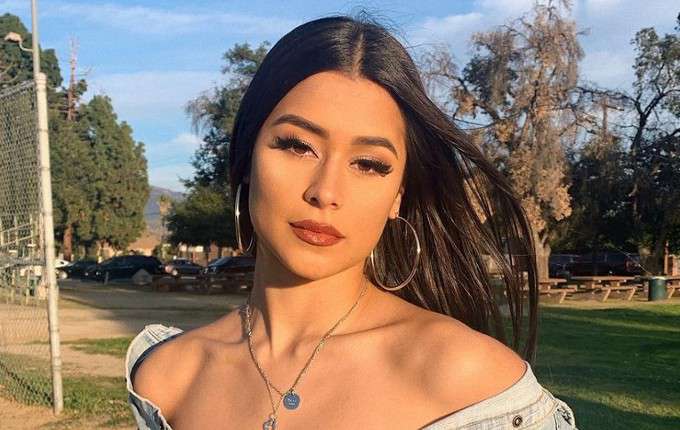 Thais Rodriguez is an American singer and TikToks tar who is probably best known as a member of the bilingual Latin girl group Bella Dose. She formed the group in 2018 with singers Jennifer Hernandez, Melany Rivera, and Brianna Leah Curiel. The group has released many songs including SHE, Eyes On You, Body Language, Suelta, and Boom Boom. She has quite a presence on TikTok where she’s got over 4.5 million followers. On Instagram, she has amassed over 40 thousand followers.

She is of Cuban and Honduran ancestry.

Thais Rodriguez is the only daughter of Roberto Rodriguez and his wife Ana Rodriguez. She has a younger brother named Angel Rodriguez. Her mother is Honduran while her father is Cuban. Her parents and brother were featured in her Instagram posts.

While there’s a lot of information about Thais’ professional career due to her popularity, there’s apparently none concerning her love life. She’s likely single as there are no credible sources to prove that she’s in a relationship.

She was raised in Pembroke Pines, Florida.

She developed an early internet in music and used to perform at different places like Joe DiMaggio’s Children Hospital, Jack & Jill’s Children Center, and Disney World when she was young.

Thais and fellow singers Jennifer Hernandez, Melany Rivera, and Brianna Leah Curiel created the girl group Bella Dose in 2018. The Los Angeles-based band released their first single Comfortable on February 8, 2018. Since then, they have released a number of singles including SHE, Eyes On You, Body Language, Suelta, and Boom Boom.

She issued her debut extended play titled Suelta on February 19, 2021.

She has amassed over 4.5 million followers on TikTok.