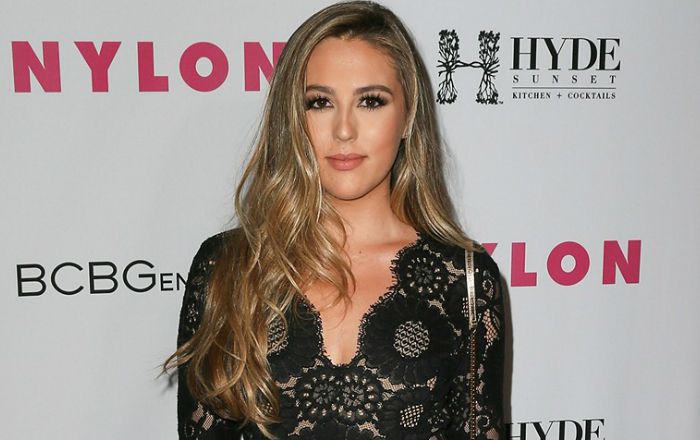 Sophia Rose Stallone is an American model and the daughter of renowned actor Sylvester Stallone. She is also popular on Instagram on which she has accumulated over 1.5 million followers.

Sophia Rose Stallone is the oldest of three children to legendary actor and filmmaker Sylvester Stallone and his wife Jennifer Flavin, who is an entrepreneur. She has two younger sisters, Sistine Rose Stallone, and Scarlet Rose Stallone, both are models. Furthermore, she has two paternal older half-brothers, Seargeoh Stallone and Sage Moonblood (Died in 2012)

After high school, Sophia studied communications at the  University of Southern California.

Sophia Rose Stallone is in a relationship with her boyfriend Connor Spears, who is a footballer. Her Instagram page features several pictures of them hanging out and partying together, including their graduation photo.

She didn’t act in any film to date.

In 2010, Sophia appeared on the talk show, Late Show with David Letterman.

Having a strong presence on different social media platforms with more than 1.1 million followers on Instagram.

Sophia is the oldest of the three daughters that Stallone has.

She was diagnosed with a cardiac malformation when she was two months old and had to undergo surgery.

In 2012, she underwent surgery to take care of her heart complications.