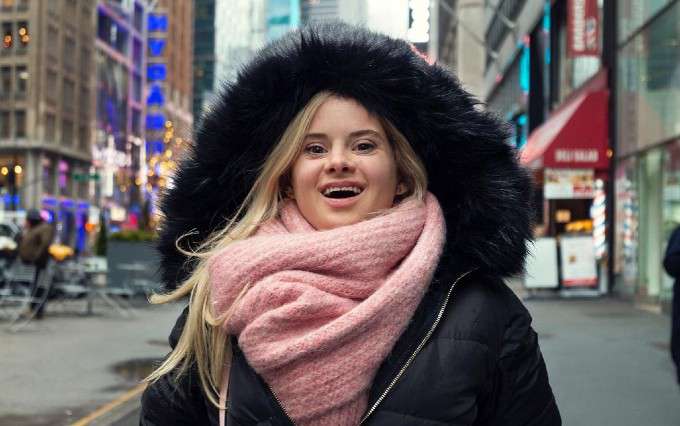 Sofia Jirau is a Puerto Rican fashion model who has made the leap to international fame after becoming the first Victoria’s Secret model with Down syndrome. At 25 years old, she had already garnered so much attention for herself. Her name will go down in history as the first woman model with Down syndrome to be hired by the lingerie giant Victoria’s Secret to model in the Love Cloud campaign, the brand’s new line of inner-wear.

Jirau, at age 19, made her runway debut in February 2020 when she walked at New York Fashion Week, one of the world’s biggest fashion events. Prior to her remodeling career, she is known to the world as a young and beautiful entrepreneur who owns a clothing brand called Alavett, launched in 2019. She has a huge presence on social media, with a following of some 300 thousand people on Instagram.

Sofia Jirau has been in a relationship with a fellow Puerto Rican named Chris for several years now. He’s also affected by down syndrome. As per his Instagram page, he’s a chef, barista, and influencer as well as owns a food truck. He is also a motivational speaker, model, and dancer.

Light Brown, but she prefers to dye her hair blonde.

Sofia Jirau began professional modeling in 2019. Over the years, she has modeled for renowned fashion designers around the world. Her runway debut came a year later when she walked the ramp for famous designers at the New York Fashion Week on February 10, 2020.

She has featured in publications like Vogue Mexico, People, Hola!, and Univision, among many others.

She had always wanted to be a model and entrepreneur since she was a little girl.

Her fashion icon is Jennifer Lopez.

Her favorite singer is Enrique Iglesias, a Spanish singer, and songwriter.

In February 2022, Sofia became the first model with down syndrome to model for the American lingerie brand Victoria Secret. She was featured alongside 17 other models in the Love Cloud campaign, the brand’s latest line of underwear.