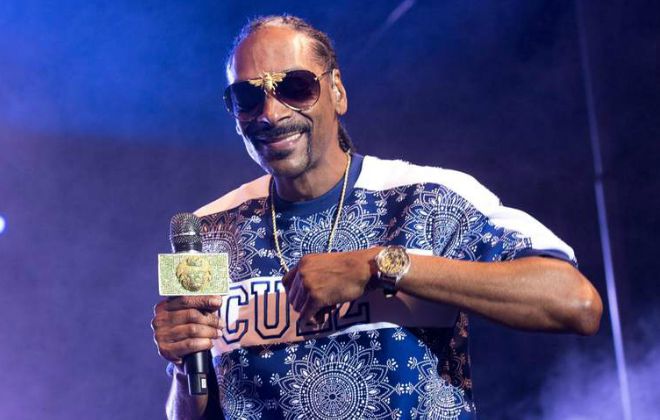 Born Calvin Cordozar Broadus Jr. in Long Beach, California, Snoop Dogg is the middle of the three children to his parents. He lived with his mother and stepfather until their divorce in 1975 and during his time, he began rapping.

As a teenager, Snoop Dogg served a member of the Rollin’ 20 Crips gang and often ran into trouble. He was once arrested and jailed for possession of cocaine. He got his start as a rapper when producer Dr. Dre happened to hear a mixtape, Dogg was featured on. He invited him for an audition and not long before he started working with him.

Snoop Dogg has his own production company called Snoopadelic Films. He is also a certified football coach and has been the head coach of his son Cordell’s youth football teams and the John A. Rowland High School team. He released his first gospel album, Bible of Love. in 2018.

Today, Snoop is one of the most popular and richest rappers in the world. With 17 albums to his credits, he’s sold over 35 million albums worldwide. apart from music, Snoop earns money from various business endeavors and lucrative endorsements deals.

As of 2019, Snoop Dogg has made an incredible net worth of $135 million dollars.