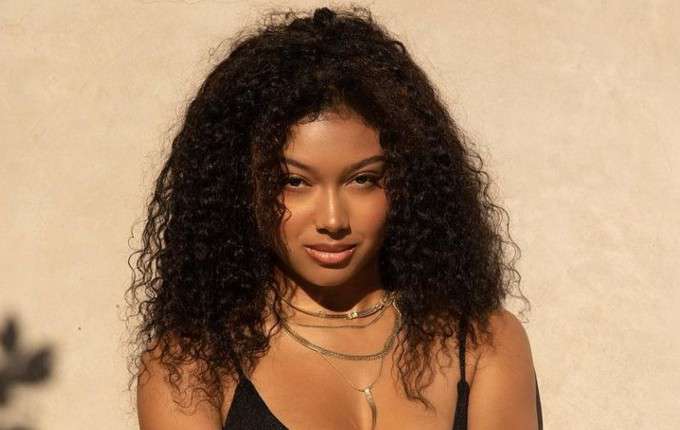 Sierra Capri is an American actress hailing from Baltimore, Maryland. The actress who is just in her early twenties took the entertainment industry by storm with the Netflix drama series On My Block that she headlines.

Capri, undoubtedly, is one of the rare talents in the acting space that can effortlessly create magic on the screen. She has acted only in one major production so far, which is all needed for her to show the world how passionate she’s and the love she has for acting. In 2019, she appeared in the movie American Skin starring in the role of Kai. She has over 2 million followers on Instagram.

Despite not revealing the details of her parents to the world yet, she is very close to her mother. She was raised by her single mother. She has three siblings.

She attended Hillcrest Elementary School in Catonsville, Maryland for her primary education. At age 11 or 12, she moved to Georgia with her mother to her grandmother’s home. There she went to high school.

After graduating high school, she attended Armstrong State University in Savannah, Georgia. She graduated from the University with a degree in Biology.

The Baltimore native is likely to keep her personal life away from the spotlight. It may be due to the fact that her career has just started and she doesn’t want to catch up in controversies.

Thanks to her role on Netflix On My Block, she has become extremely popular and her performance in the series has received praise from several quarters. On the show, she plays Monse Finnie, alongside Jason Genao, Brett Gray, and Jessica Marie Garcia.

She caught the acting bug at a very young age but told her mother that she would pursue acting only after finishing school and college.

She is a self-made artist and learned acting by binge-watching videos and tutorials on YouTube.

Capri’s acting career took off in 2016 while still in college when she landed extra on the movies Hidden Figures and Neighbors 2.

In 2018, she landed the titular role in one of Netflix’s most acclaimed series On My Block.

Her favorite color is ocean blue.

She has a huge social media following with Instagram being her biggest social following. On Instagram, she has over 2 million followers.

Capri is a devoted Christian.

She can speak fluent English and Spanish.

Her favorite movies are The Vow, Black Panther, The Dark Knight, The Notebook, and Everything, Everything.