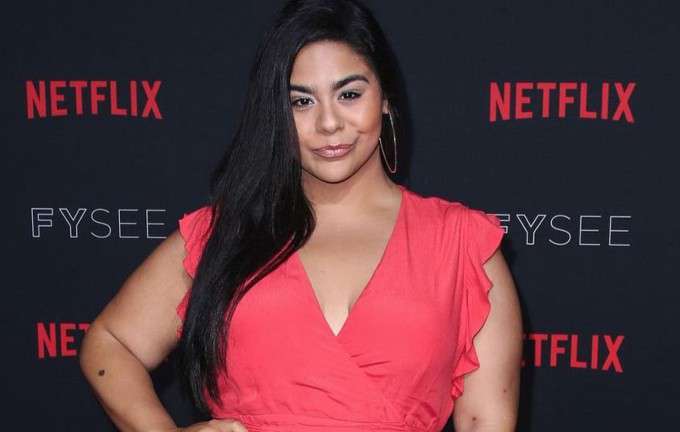 Born and raised in Orlando, Florida, actress Jessica Marie Garcia became a household name after starring on Disney’s Liv and Maddie as Willow. Since 2018, she has been a part of Netflix’s On My Block, playing the role of Jasmine. She is one of the finest talents of her generation who’s one such kind of actress that can easily pull off any role she takes in.

From the very beginning of her career, Jessica never shies to show off her acting talents by bringing characters to life on both small and big screens. Besides series regular roles, she has had recurring roles on TV shows like The Middle, How to Get Away with Murder, American Princess, and Diary of a Future President.

She is of Mexican and Cuban descent.

Very little is known when it comes to her family life. She was born to a Mexican father and a Cuban mother. She moved to Los Angeles a year before her 20th birthday to pursue a career in acting.

She is a graduate of the University of Florida.

Jessica Marie Garcia has been married to actor Adam Celorier since October 2018. It is not known when they actually began their relationship but they have been dating for a long time. They got engaged in January 2016 and tied the knot in October 2018. She gave birth to her daughter named Selena Grey on February 4, 2022.

The Latina actress has attracted a lot of attention lately for her role as Jasmine on Netflix’s On My Block. Starring Sierra Capri, Jason Genao, and Brett Gray in lead roles, Jessica plays a high school student who is a part of the gang and has a romantic obsession with Ruby.

As of 2023, Jessica Marie Garcia has a net worth that is estimated to be around $1 million.

She was raised in Orlando, Florida where she did her schooling before getting herself enrolled at the University of Florida.

Jessica caught the acting bug at a young age, and while growing up, she used to get involved in local community theatre as well as in school productions.

She was around 19 when she took a big leap in her life and moved to Los Angeles to get her hands in acting. There she did several odd jobs, including a waitress in a restaurant to support herself, and continued to work there even after she landed a role on the TV show Liv and Maddie.

Disney’s Liv and Maddie was the one that totally changed her life. She brought Willow Cruz to life on the show that was well-received by the audience and critics alike.

In 2018, she joined Netflix’s On My Block in a recurring role of Jasmine. She became a series regular with season 2.

Jessica is a proud Latina.

From 2020 to 2021, she played Camilla in the Disney+ TV series Diary of a Future President.