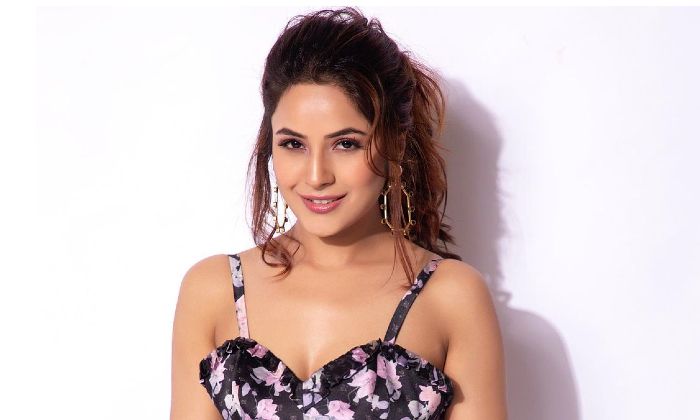 Shehnaaz Kaur Gill is an Indian actress, model, and singer. She may be best known for her run on the hit reality show Bigg Boss 13, where she finished second runner-up. Having started her career as a model, Gill has featured in several music videos, including the likes of Gurvinder Brar’s “Shiv Di Kitaab”, Kanwar Chahal’s “Majhe Di Jatti” and Tony Kakkar’s “Kurta Pajama”.

She is also credited with hit Punjabi singles such as Punjabi songs such as Range, Mind Na Kri, Veham, and Ronda Ali Peti. Her film credits include Sat Shri Akaal England, Kala Shah Kala, and Daaka. Besides all, Shehnaaz is a huge hit on Instagram where she’s got over 11 million followers.

In regards to Shehnaz’s family and early life, she is the daughter of Parminder Kaur and Santokh Singh Sukh. She grew up with her brother, Shehbaz Badesha, in her hometown where she was born. She is of Punjabi descent.

Shehnaaz is a college graduate, having attended Dalhousie Hilltop School and Lovely Professional University, Phagwara She holds a degree in commerce.

The Punjabi cutie is usually not vocal when it comes to her romantic life, however, she’s often linked to actor and television host Sidharth Shukla ever since they have been a part of Bigg Boss 13.

They both cared for each other while they were inside the Bigg Boss house, and even after the show, they have made quite a lot of appearances together that have raised speculations among her fans. In her recent television appearance, Gill openly confessed that she developed a feeling for him. However, they haven’t made their relationship public yet in case if they are in a relationship.

Gill was previously in a relationship with a man whose identity she refused to reveal but he’s a businessman based in Chandigarh. She dated him for around two years before eventually breaking up with him.

Shehnaaz Gill kick-started her career as a model, appearing in music videos, mostly Punjabi songs, besides modeling gigs. It was in 2016, she caught the attention when she appeared in Kanwar Chahal’s “Majhe Di Jatti” and followed it up with several other appearances.

The following year, she made her feature film debut as Sonia Khanna in the Punjabi romantic flick Sat Shri Akaal England and went to star in quite a few movies. In 2019, she became a part of the controversial and popular reality show, Bigg Boss, which was hosted by Bollywood actor Salman Khan. Her alleged boyfriend Sidharth Shukla clinched the title while she was named the second runner-up.

On the heels of her success with Bigg Boss, she became a prominent face in the industry and has been constantly in the news for various reasons since then. Though Gill gained the most attention for Bigg Boss, she has also seen in music videos for songs such as SOHNEYA, Lakh Laahnta, Mind Na Kri, Majhe Di Jatti, Gucci Gucci, Head Tail, Too Much Late, Pyar Karan Sehmbi, Mangni, Gedi Route, Crop, Manglik, Shiv Di Kitaab, Last Call, and Yaariyan.

Shehnaaz, who describers herself as Punjab Ki Katrina, has made quite an impact with Instagram and Twitter users that garnered her millions of followers across these apps. Thanks to her talents and good looks, Gill has amassed over 11 million followers on Instagram. On Twitter, she has a little over half million followers. Yet of all her career accomplishments the one that landed her in the spotlight was her stint in the widely popular Bigg Boss.

She is obsessed with Snapchat so much that it is the first thing that she checks every morning.

She earned her nickname Sans while she was in the Bogg Boss house.

She starred alongside actors Sargun Mehta and Binnu Dhillon in the movie Kala Shah Kala (2019).

In 2021, Gill won the “Promising Fresh Face” at the ET Inspiring Women Awards.

She starred alongside Diljit Dosanjh in the 2021 Punjabi film Honsla Rakh.