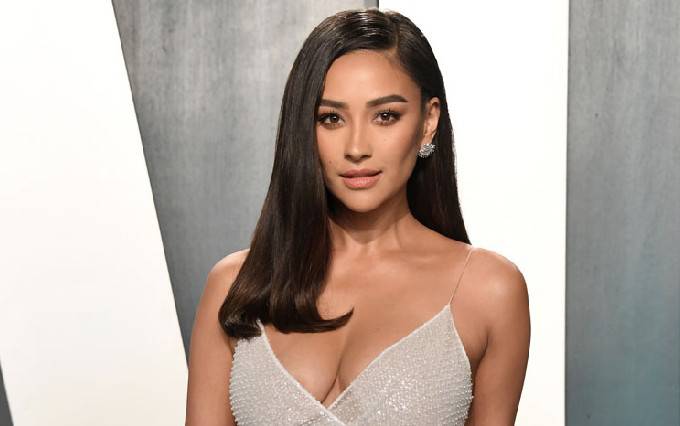 Shay Mitchell is a Canadian actress, model, and businesswoman who is known for her role as Emily Fields in the Freeform series Pretty Little Liars. She starred as Peach Salinger in the psychological thriller series You in 2018. Her acting credits include Dollface, Mother’s Day, Trese, and The Possession of Hannah Grace.

Shay Mitchell was born on the 10th of April 1987, in Mississauga, Ontario, Canada. She is currently 35 years old.

Shay has been in a relationship with TV host and music reporter Matte Babel since 2017. On 28 June 2019, she announced on her Instagram account and her YouTube channel that she was expecting her first child with her boyfriend Matte. They have a daughter together named Atlas Noa, born in October 2019. She’s expecting a second child as of February 2022.

She dated Ryan Silverstein from 2013 until their breakup in 2014.

Shay Mitchell made her first onscreen debut with the short film Verona. Her first feature film appearance happened in 2016 with the film Dreamland starring Nicole.

In 2009, she guest appeared as herself in an episode titled “Up Where We Belong” on the Canadian teen drama television series Degrassi: The Next Generation.

Shay has affiliated with several brands like American Eagle, Nike, and Biore. In 2011, she was made the spokesperson for the Pantene Nature Fusion shampoo line.

As of 2023, Shay Mitchell’s net worth is estimated to be $6 million US dollars with the majority of her earnings coming from acting and endorsements. She launched her production company Amore & Vita Inc. in 2017.

She took dance lessons when she was 5 years old and toured the city along with her friends to participate in inter-school dancing competitions.

She wanted to make a career in entertainment since she was young and even told her parents about pursuing a career in performing arts someday.

Shay entered into show business as a model and modeled for a variety of companies in cities as varied as Bangkok, Hong Kong, and Barcelona.

Shortly after signing with a theatrical agency, Shay Mitchell made her first appearance in the  Canadian teen drama series Degrassi: The Next Generation.

She is afraid of rodents and small spaces.

in 2011, She won the Young Hollywood Awards for Cast to Watch (shared with Troian Bellisario, Lucy Hale, and Ashley Benson).

She has revealed that she has a celebrity crush on Paul Walker and Ryan Gosling.

In September 2017, Mitchell landed a lead role in ABC’s pilot of The Heiresses adapted from the book with the same name from Sara Shepard created by I. Marlene King.

She is also very active on YouTube where she posts lifestyle videos to her channel.

On February 9, 2018, Shay ran topless through the streets of Los Angeles for hitting 3 million subscribers on her YouTube channel.

In January 2019, Shay announced that she had suffered a miscarriage in 2018.