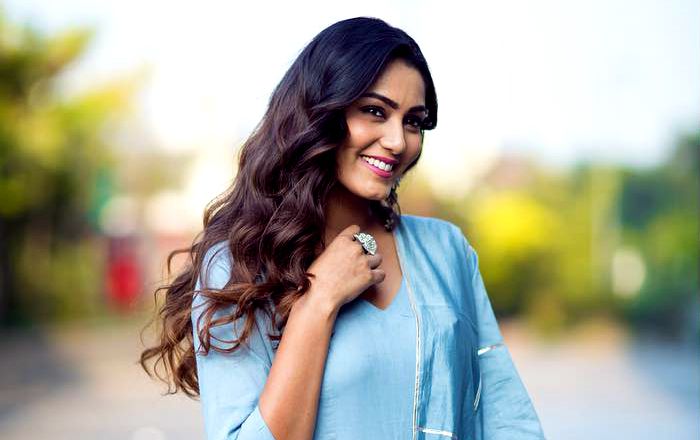 Model turned actress Sana Makbul is known for her work in such films as Dikkulu Choodaku Ramayya, Rangoon and Mama o Chandamama. Beginning her career as a model, she went on to win pageant title Femina Miss Beautiful Smile in 2012. Her television credits include Iss Pyaar Ko Kya Naam Doon?, Aadat Se Majboor and Arjun.

Sana Makbul was born on the 13th of June 1993, in Mumbai, Maharashtra, India. She is currently 28 years old.

Unfortunately, not much is known about her family as well as her early life. She attended National College in Mumbai.

She hasn’t yet spilled beans about her love life and dating history either.

In 2014, Sana Makbul made her feature film debut in the Telugu film Dikkulu Choodaku Ramayya, in which she played the role of Samhitha, an aerobics trainer.

She made her Tamil debut in the 2017 film Rangoon for her role as Natasha, starring opposite Gautham Karthik.

In 2009, she appeared on the reality show, MTV Scooty Teen Diva. She starred in the TV soap Ishaan: Sapno Ko Awaaz De as Sara in 2010.

She has appeared in numerous TV commercials and print ads.

She has acted in Tamil and Telugu films.

In 2019, she began playing the role of Dr. Aliya Sanyal in the Colors supernatural drama series, Vish: A Poisonous Story.