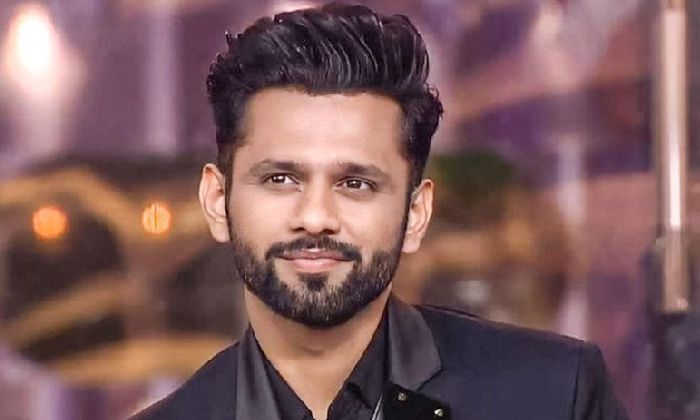 He’s been credited with a number of viral hit songs such as Qabool Kar Le, Be Intehaan, “Meri Zindagi” and “Do Chaar Din”, to name a few. Some of his popular albums include Tera Intezar and Vande Mataram. In 2020, he took part in the controversial hit reality TV show Bigg Boss, hosted by Bollywood superstar Salman Khan.

Very little is known about his life prior to his rise to fame. He is the youngest child of Indian parents Krushna Vaidya, who was an engineer at Maharashtra State Electricity Board, and Geeta Vaidya. He grew up alongside his older sister Shruti Vaidya.

Vaidya attended Hansraj Murari School in Mumbai and later earned his bachelor’s degree from Mithibai College of Arts in Mumbai.

Rahul Vaidya is currently in a relationship with Disha Parmar, a television actress who is probably best known for Pyaar Ka Dard Hai Meetha Meetha Pyaara Pyaara. She appeared in Rahul’s Yaad Teri music video in 2019. The duo married on July 16, 2021.

Rahul Vaidya released his debut studio album entitled Tera Intezar in 2005, which consists of eight songs. The album’s lead single “Tera Intezar” was a super-duper hit as well as well-received by the audience.

He has contributed to the soundtrack of several Bollywood films as well as released independent singles. Some of his hit songs are “Qabool Kar Le,” “Be Intehaan,” “Meri Zindagi,” and “Do Chaar Din”.

In 2004, Rahul appeared as a contestant in the first season of the reality show, Indian Idol. He finished third that season trailed by Abhijeet Sawant (winner) and Amit Sana (first runner-up).

The Punjabi singer is quite famous for having appeared on various reality TV shows. Though he has been a part of many TV shows, the one that elevated his popularity across the country was Bigg Boss Season 14, a reality show hosted by Bollywood actor Salman Khan.

He was dabbled Singing Superstar of India after he won the singing reality show Jo Jeeta Wahi Super Star on Star Plus in 2008.

In 2010, he became an undefeated champion on the reality show called Music ka Maha Mukabala, where he was mentored by Shankar Mahadevan.

Rahul has hosted two TV shows Jhoom India on Sahara One and Aaja Mahi ve on Star Plus.

In 2020, he was featured in the “7th Sexiest Musician Alive 2020” and the “Emerging Star of 2020” lists. Both were published by Musiculture Magazine.