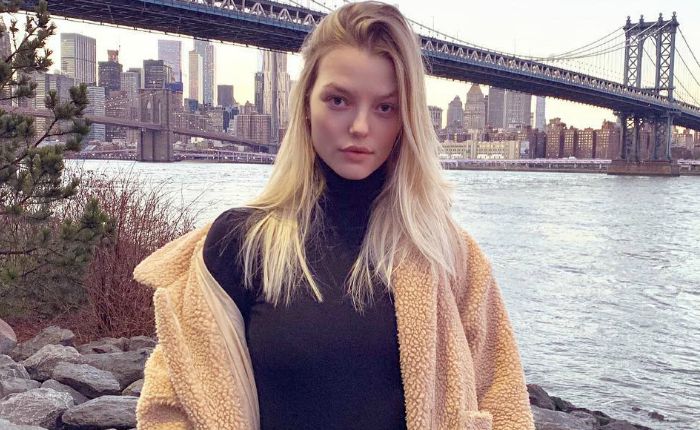 Roos Abels is a Dutch supermodel who has been on the scene ever since she was 14 years old. Ever since she made her runway debut, she has appeared in campaigns for Emporio Armani, Prada, Calvin Klein, Zara, Mango, and Coach New York as well as appeared in editorials for W, Love magazine, Vogue Italia, Vogue Paris, Vogue Australia, and Vogue China.

Roos Abels was born on the 23rd of September 1999, in Purmerend, Netherlands. She is currently 22 years old.

She is the daughter of Frans Abels and Henriëtte. She has a sister named Merel Abels.

Unfortunately, not much is known about her educational background.

Though she has been in the glamour world for years, Abels is very reluctant to talk about her love life. She might be possibly single or doesn’t want the media to shed light on her private life as there is no information available of any relationship she has had in the past or in the present.

Roos Abels made her catwalk debut at the age of 14 with the Prada spring/summer 2015 show, where she walked for the Italian luxury fashion house, Prada.

In 2015, she appeared as herself in the comedy talk show, Fashion Police.

She gained a lot of attention when she walked for Prada at age 14 and has since, she is in the spotlight, thanks to her exquisite and bewitching persona.

She has been featured in various editorials for magazines like W, Love magazine, Vogue Italia, Vogue Paris, Vogue Australia, and Vogue China.

Unfortunately, we do not know the exact details about her net worth at the moment.

Abels was discovered by former model Kim Akkerman while she was in Amsterdam. She immediately signed to Brave Model Management.

She pulled in a lot of controversies when she walked the ramp at the age of 14. Though many people felt that she should not be on the ramps at that age, there is no law in place to prevent designers from casting models under the age of 16 at Milan Fashion Week.

She is close friends with model Gemma Ward.

In 2015, Abels was seen on the ramp walking in the fall runways for Dior, Rochas, D&G, MSGM, Emilio Pucci, Prada, and more. In the spring of that year, she walked for Max Mara, Prada, Roberto Cavalli, Lanvin, Chloe, Vionnet, Elie Saab, Miu Miu, and more.

She is named as a “Money Girl” on models.com.