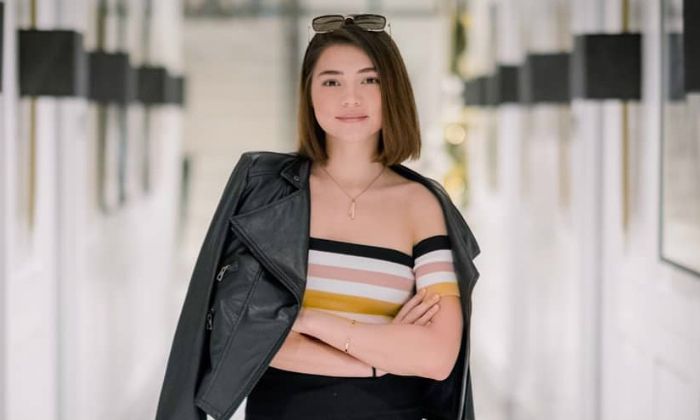 Who is Rhian Ramos?

Rhian Ramos is a famous Filipino actress, model, and singer who is best known for her work in the Philipino GMA network drama-fantasy series Captain Barbell, Maynila, My Destiny, and The One That Got Away. She won the Golden Screen Award for Breakthrough Performance by an Actress for her stunning performance in the movie The promise, which also happened to be her debut film. She also grabbed several awards for her work in Ouija (2007), Ang Panday (2009), The Rich Man’s Daughter (2015), and Saving Sally (2016).

Rhian Ramos was born on the 3rd of October 1990, in Makati, Metro Manila, Philippines. She is currently 30 years old.

Rhian Ramos is the daughter of Gareth Howell, a salesman who works for a British company, and Clara Ramos. She has a sister who’s name is Nadine. She has an aunt, Ida Ramos Henares, who worked as an executive at the GMA Network and ran its talent department.

Rhian Ramos had her fair share of relationships with many men throughout her life. In 2007, she had a short-lived relationship with actor Mark Herras and dated actor JC de Vera from 2008 to 2009. Ramos then dated radio jockey Mo Twister for two years starting from 2010 and was in a relationship with Jeric Lacson in 2011. She began dating Jason Choashuy in 2015 but this relationship also didn’t last long. They called it quits in July 2018.

Rhian landed her first film role as Monique in the 2007 film, The Promise, which was produced by GMA Films.

Rhian’s first professional acting role came in 2006 when she was cast as Leah Lazaro in the 2006 fantasy series Captain Barbell.

She is best known for her works in Tv shows like Captain Barbell, Maynila: Heart Beat, Lupin, Zorro, Vampire Ang Daddy Ko and The One That Got Away. She also met with critical praise for her roles in movies like My Monster Mom, The Road, Fallback, and Empty by design.

As a model, she has appeared on covers of several magazines including Cosmopolitan, Metro Magazine, UNO Magazine, FHM Magazine, Speed Magazine, MEG Magazine, and many others.

Rhian’s net worth is estimated to be around $300 thousand dollars. She lives in New York.

She began her professional acting career in 2006 with the television series Captain Barbell.

She was featured in a McDonald’s ad in 2006. This led her a role in the movie The Promise (2007), which was produced by Annette Gozon.

Also an activist, Ramos used to celebrate her birthday with children suffering from ailments to help spread happiness.

She was featured in FHM magazine’s list of 100 Sexiest Women in the World for five consecutive years, from 2007 to 2011.

In 2016, she was awarded the Female Celebrity of the Night award at the 42nd Metro Manila Film Festival for her work in the movie, Saving sally (2016).

Rhian Ramos released her single “You” in 2009. She published a poetry book titled Love Wins with Glaiza de Castro in 2015.