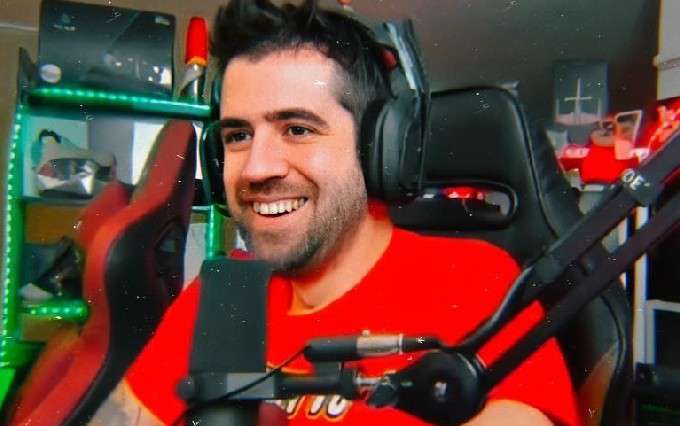 Raúl Alvarez is one of the most popular Spanish YouTuber and Twitch streamer. He is the most followed streamer on Twitch in his native country of Spain and ranks third as the most subscribed Spanish content creator on YouTube. He has amassed more than 10 million followers on Twitch while his YouTube channel has racked up more than 28.5 million subscribers.

Being one of the world’s most popular content creators, Alvarez has garnered so much attention for himself at such a young age. Not only is he a content creator but also an author who has published three books named De lo peor, lo mejor: los consejos de Auron, AuronPlay, El Libro, and El Juego del Hater. In addition to YouTube and Twitch, the gamer boasts a massive following on Twitter and Instagram, with a following of around 12 million and 17 million people, respectively. He has been dating fellow influencer Sara Moledo since 2013.

Not much is known about his family right now. He was raised by his mother, Silvia Genes Arenas along with his two siblings, an older brother, and a younger sister.

Concerning his education, Alvarez is a school dropout and began working at a graphic arts and bookbinding company when he was 16 years old.

He currently resides in Andorra.

The Spanish influencer, Raúl Alvarez, has been in an on-and-off relationship with fellow streamer Sara Moledo since 2013. They are often referred to as Bjean and Biyín by their followers.

Raúl Alvarez started off his career back in 2006 when he was just 16 years old. Back then, he was working at a graphic arts and bookbinding company as well as making content for his YouTube channel which he created in 2006. At first, he was not much active, however, he began uploading content to his channel regularly when he started earning money from his channel.

He left his job and began his career as a full-time content creator. Since those initial videos, his channel has amassed more than 28 million subscribers. AuronPlay is one of the most successful Spanish-speaking content creators in the world, having racked up more than 80 million people across social media platforms.

On Twitch, he is the most prolific gamer and the most followed creator in his home country with a following of more than 10.9 million people. He began streaming games on Twitch in September 2019 and since then, he rose to the top of the charts in terms of earnings as well as the second most followed streamer on the platform. He plays Minecraft, Grand Auto Theft, and many more.

Despite being ranked at top of the influencer’s chart, the actual net worth of Raul Alvarez is still kept private. His Twitch channel is named one of the highest-earning channels right now. According to the recently leaked data, it is estimated that he received a payout of more than $3 million dollars between August 2019 and October 2021. He has managed to secure a place for himself in the top 10 earning channels, placed at number 9. AuronPlay is most popular for streaming GTA on the Spanish-speaking RP server called Marbella Vice.

Not only on Twitch, but he’s also one of the top-earning content creators on YouTube as well. So, taking all things into account, Raúl Alvarez should comfortably be sitting on a net worth that is estimated to be around $4 million o $6 million.

He was born and raised in Badalona, Spain.

He lived in Barcelona before moving to Andorra.

In 2020, the Spanish version of GQ named him as “the precursor to the vlogger world in Spain” and “a successful YouTuber in Spain”.

Forbes Spain featured him on their list of the 100 best influencers in Spain of the year in October 2020.

In 2021, he won the MTV Millennial Awards for Streamer of the Year and the Kids’ Choice Awards Mexico for Gamer MVP.

His most popular YouTube videos include YOUTUBE´S MOST ANNOYING CHILD, PRANK CALLING JORDI WILD, BUUUUUU.. DO I SCAAAAARE YOU? and COMENTANDO “EXPONIENDO A TRAVIESOS” #3.

His secondary YouTube channel’ is named “Auron”, and it features videos on gameplays and comedy.