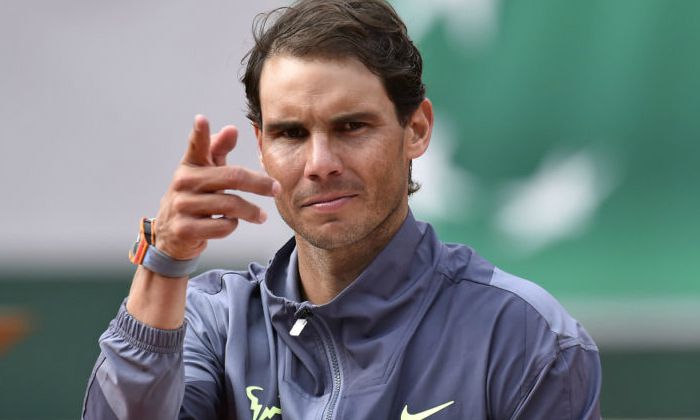 Spanish tennis player Rafael Nadal is undoubtedly the greatest clay-court player in the world who is one of the two tennis players to win all of the four major leagues. His dominance in clay-court has fetched him the title “The King of Clay” while he is also an accomplished tennis player on all courts, making him one of the greatest players in history. He has won 18 Grand Slam singles titles with a record twelve French Open titles, three US Open titles, two Wimbledon titles, and one Australian Open title.

Rafael Nadal was born on the 3rd of June 1986, in Manacor, Balearic Islands, Spain. He is the oldest child of Spanish parents Ana María Parera and Sebastián Nadal Homar. His father is a businessman, owner of an insurance company, glass, and window company Vidres Mallorca, and the restaurant, Sa Punta.

Rafael has a younger sister named María Isabel. His family had already had a few athletes, His uncle, Miguel Ángel Nadal, was a professional footballer, while his other uncle, Toni Nadal, was himself a professional tennis player, who introduced him to tennis when he was three years old.

In 2015, Rafa was awarded a doctoral degree “Doctor Honoris Causa” from the European University of Madrid.

Rafael Nadal has been in a relationship with his Spanish girlfriend Maria Francisca Perello since 2005. They got engaged on April 21, 2010. Followed by their engagement in January 2019, they got married in October of that year.

Nadal became interested in sports at a very young age and his uncle, Toni, taught him how to play tennis when he was just three years old. At the same time, he was also playing football, and at one point in time, his father made him choose between football and tennis. He selected tennis and eventually turned pro at 15.

In 2002, Rafael Nadal had his first ATP win by upsetting Ramón Delgado and became the ninth player in the Open Era to do so before the age of 16. The following year, he became the youngest player after Boris Becker to reach the third round in his Wimbledon debut.

He had just turned 19 when he won his first Grand Slam title at the 2005 French Open. He defeated Roger Federer in the semifinals and would upset Mariano Puerta to win his first ever Grand Slam.

In 2009, he once again defeated Roger Federer to win his first Australian Open title. This time, they met on a hard-court surface, where he defeated Federer in five sets, earning his first hard-court Grand Slam singles title. He also became the first Spaniard to win the Australian Open. In 2010, he reached the finals of the US Open without dropping a set and earned his first US Open title by upsetting Novak Djokovic. Thus, making him the second male after Andre Agassi to complete a Career Golden Slam.

Undoubtedly, Rafael Nadal is one of the bankable athletes in the world, who is affiliated with several brands since he turned pro. His lucrative endorsement deals include Kia Motors, Nike, Richard Mille, PokerStars, Emporio Armani Underwear, and Armani Jeans, Lanvin, etc.

He has been playing tennis since he was three years old.

In 2003, at the age of 17, Nadal became the youngest male tennis player to reach the third round at Wimbledon, after defeating Swiss player Roger Federer on the court.

In 2004, he became the youngest player to register a singles victory in a Davis Cup final for a winning nation.

Nadal won the Golden Bagel Award in 2005 as well as earned the highest year-end ranking ever by a Spaniard and the ATP Most Improved Player of the Year award.

In 2006, he won the Laureus World Sports Award for Breakthrough of the Year.

Rafael won the Golden Bagel Award for the second time in 2009.

He holds an all-time record of 12 French Opens, 11 Monte-Carlo Masters and 11 Barcelona titles.

Nadal is the only male player in tennis history to win one Grand Slam and at least one Masters 1000 title for ten consecutive years from 2005–2014.

Kia Motors is sponsoring him since 2006.

Nadal was featured in Shakira’s music video of “Gypsy” in February 2010.

At the 2014 French Open, he became the first male to win at least one Grand Slam tournament for ten consecutive years, breaking the record of eight consecutive years previously shared by Björn Borg, Pete Sampras, and Roger Federer.

By winning the 2017 French Open, Nadal became the only male and second overall to win a single Grand Slam tournament 10 times after Margaret Court.