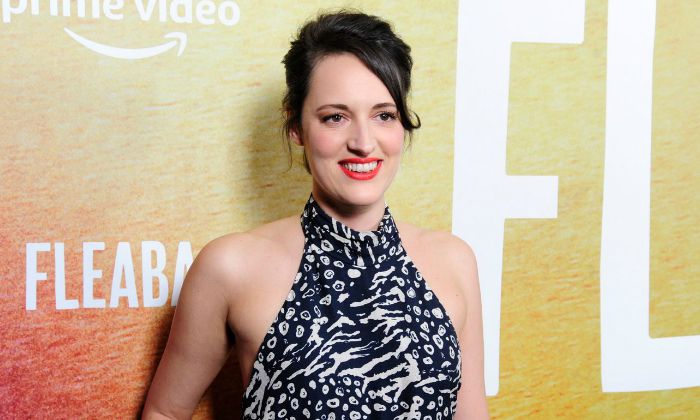 Phoebe Waller-Bridge is an Emmy award-winning actress, producer, comedian, playwright, and writer who has worn a lot of hats over the years of her successful career. The multi-faceted is perhaps best known for her appearance on Channel 4’s Crashing, the BBC comedy-drama series Fleabag and the BBC thriller series Killing Eve.

She was also the creator, writer, and producer of these telly shows. Her film credits include Albert Nobbs (2011), The Iron Lady (2011), and Goodbye Christopher Robin (2017). In addition to her successful career as an actress on the screen, Phoebe has also delivered remarkable performances in over a dozen theatre productions including Fleabag, Twelfth Night, Hay Fever among many others.

Phoebe Waller-Bridge was born on the 14th of July 1985, in London, England, United Kingdom. She is currently 37 years old.

Speaking about her family and her childhood, Phoebe comes from a very affluent family, commonly referred to as the landed gentry of Cuckfield, Sussex. Her father, Michael Cyprian Waller-Bridge, is an entrepreneur, and the man behind the electronic trading platform Tradepoint. Her mother, on the other hand, works for the Worshipful Company of Ironmongers.

Hailing from a family that has a long history dating back to the 18th century, Phoebe is the lineage of The Rev. Sir Egerton Leigh, 2nd Baronet, Conservative MP for Mid Cheshire on her father’s side, and Sir John Edward Longueville Clerke, 12th baronet, of Hitcham, Buckinghamshire on her mother’s side.

Phoebe has two siblings, an elder sister, Isobel Waller-Bridge, an accomplished composer who composed the music for BBC’s Fleabag and ITV’s Vanity Fair as well as BBC One’s The Split. Her younger brother, Jasper, is a music manager. Her parents divorced when she was young, and her mother, Teresa, later got married to the artist and designer Rosemary Goodenough.

Regarding her education, Waller-Bridge studied at St Augustine’s Priory, a Catholic independent school for girls, and later attended the DLD College London in Marylebone, London. She then enrolled at theRoyal Academy of Dramatic Art in London from where she obtained a B.A. degree in acting.

She was married to Irish presenter and documentary filmmaker Conor Woodman from 2014 until 2017. The couple ended their married life in 2017 and moved to court seeking a divorce, which was finalized in 2018.

Phoebe is in a relationship with an English-Irish playwright Martin McDonagh since 2018.

In 2009, Waller-Bridge appeared as Katie Burbridge on an episode of the British medical soap opera, ‘Doctors’, which marked her debut on television.

Waller-Bridge appeared on stage for the first time as an actress in the play Roaring Trade at Soho Theatre in 2009.

It’s no doubt that Waller-Bridge is one of the finest actors in the industry who has delivered intriguing performances in her movies and TV shows. One such Tv show is Crashing, a comedy-drama series that aired on Channel 4 in 2016.

Revolving around six 20-something individuals residing as property guardians in an abandoned hospital, Waller-Bridge played Louise “Lulu”, Anthony’s (Damien Molony) childhood friend who comes to live in the hospital.

Waller-Bridge’s next major work was the most popular play and TV show Fleabag. It was originally a stage play that premiered in 2013. The play saw plenty of success and critical acclaim during its stage run from 2013 through 2019 which earned her Waller-Bridge the Stage Award for Acting Excellence for Best Solo Performer (2013) and the Critics’ Circle Theatre Award for Most Promising Playwright (2014).

It was later developed into a television series for BBC Three where Phoebe served as an executive producer, writer, and creator. She also played the titular character in the series which first premiered on BBC Three. The success of the show eventually led BBC Two to pick up the series and broadcast it from 2016 until its final series on 8 April 2019.

She is also noted for her work as a writer and creator of the BBC America thriller series Killing Eve. Her other notable works include the ITV drama series Broadchurch, in which she played junior barrister Abby Thompson and voiced and performed droid L3-37 in the Star Wars film Solo: A Star Wars Story.

According to Celebrity Net Worth, the beautiful actress has a net worth of $25 million.

The ‘Run’ actress was brought up in Ealing, West London and currently lives in Kensal Rise.

She started out her career as a playwright and launched a theatre company called DryWrite with Vicky Jones after Jones was fired from a theatre project and Waller-Bridge left with her in solidarity.

She previously auditioned for a role in the drama series Downton Abbey and gave her best, but she was rejected after the showrunners thought she was too funny for the series.

Phoebe Waller-Bridge confessed that she hasn’t watched any Star Wars movie at all before auditioning for Solo: A Star Wars Story. She had no idea of what a droid was, however, the casting directors explained to her about droids and she won the part.

She is working on a television series called Run where she’d play her part as Flick. Created by her, Phoebe will be the executive producer of the series which will star Domhnall Gleeson and Merritt Wever in lead roles.