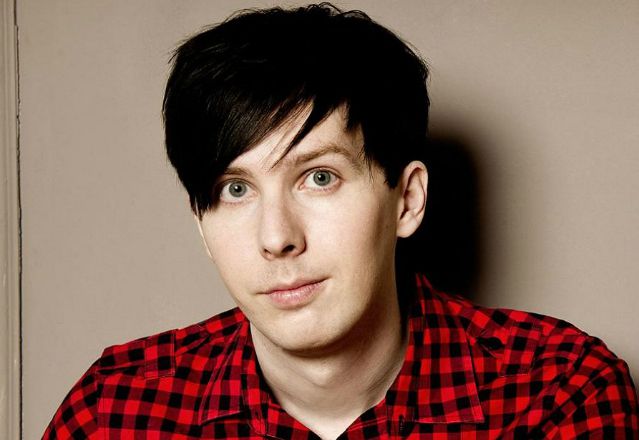 Phil Lester is an English YouTuber who co-hosted the Sunday night entertainment show, Dan and Phil on BBC Radio 1 with Dan Howell. His YouTube channel, AmazingPhil has over 4.2 million subscribers. In addition, he also runs other two channels called LessAmazingPhil and DanAndPhilGAMES, which each has over 1.2 million and 3.1 million subscribers, respectively.

Phil Lester attended Bacup and Rawtenstall Grammar School along with his older brother Martyn. He later got admitted to the University of York from where he graduated with a degree in English Language and Linguistics in 2008.

Lester then got himself enrolled in the Department of Theatre, Film, and Television at the University of York and also earned his Master’s degree in Video Postproduction with Specialisation in Visual Effects from the same university.

Phil has kept his personal life discreet from his professional life, however, he has been in a relationship with a fellow YouTuber Daniel Howell since 2011.

Phil Lester made his onscreen debut with the 2008 rom-com film, Faintheart where he played his role as Tim.

In 2007, Lester appeared as a contestant on The Weakest Link, making it to the final round.

Phil has done endorsement work for several brands throughout his online career. He appeared in a Confused.com commercial in 2008.

His frequent collaboration with Daniel Howell, with whom he has co-hosted a BBC Radio 1 entertainment show, Dan and Phil from January 2013 to August 2014 and Internet Takeover from September 2014 until April 2016.

Phil’s net worth is estimated to be $3 million dollars. He lives together with his best friend Daniel Howell in their luxurious house in London, United Kingdom.

Before becoming an Internet star, he worked several odd jobs, including as a dog walker, and car washer.

At the age of nineteen, he created his YouTube channel “AmazingPhil ” on February 7, 2006. He posted his first vlog, Phil’s Video Blog to his channel in March that year, and thereon, he is unstoppable.

He has uploaded over 200 videos to his YouTube channels over the years, but he’s also received more than 1 billion views combined across his channels.

Phil set a Guinness World Record for being the fastest coin stacker back in 2011. He stacked 25 coins in 31.617 seconds on top of each other.

He co-wrote two books, “The Amazing Book is not on Fire” and “Dan and Phil Go Outside” along with his close friend Daniel Howell.

Phil and Dan published their photobook titled, Dan and Phil Go Outside, which included candid pictures from their tour in November 2016.

In December 2016, Howell and Lester voiced two gorilla princes named Majinuni and Hafifu respectively, in the episode “The Lost Gorillas” in Disney Junior’s The Lion Guard.

In November 2017, Lester and Howell announced their second tour, Interactive Introverts, a world tour that will take place in 2018.