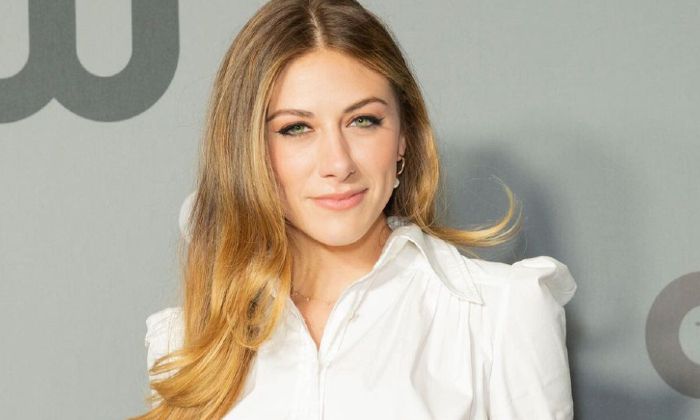 Perry Mattfeld is an American actress and dancer who received widespread attention for playing Murphy Mason on the TV series In the Dark as well as for her part as Mel on the TV show Shameless. She studied ballet for several years from a young age and even got trained by Ms. Debbie Allen which eventually landed her a role in Ms. Allen’s World Premiere Musical, Alex in Wonderland.

She has accomplished quite a lot at such as young age, thanks to her major roles in TV shows such as Carrier, Homecoming, Stitchers, and Conan, to name a few. In 2021, she played Layla in the movie Shriver, which also stars Peyton List, Kate Hudson, and Michael Shannon.

Perry is the only child of Kenneth Mattfeld, an attorney, and his wife, Shelley Garcia. Her father was a naval architect before becoming a well-known lawyer in the Los Angeles area.

She attended Long Beach Polytechnic High School, a public high school in Long Beach, California. Following high school, she joined the prestigious University of Southern California, where she studied acting at the School of Dramatic Arts. She graduated with a Bachelor of Fine Arts degree with an Acting major and a minor in Film Studies.

While studying at the university, she was a cheerleader and also a member of the Song Girls and Kappa Kappa Gamma sorority. As a cheerleader, she earned a coveted spot in Sports Illustrated as Cheerleader of the Week.

With all that good looks and attractive personality, it comes as no wonder to her fans that she has already been in a relationship. Her boyfriend, Andrew Wright was a former baseball pitcher who played on the Cincinnati Reds baseball team. He’s currently a part of the TVG horse racing network.

They both have been in a serious relationship for several years now. Her social media features a ton of adorable pictures of herself with her boyfriend and they are going very strong in their relationship.

Perry Mattfeld has made quite a fame for herself soon after launching her acting career. Before becoming an actress, she was involved in musical theater, performing ballet, for the major part of her life.

It took her a while to realize that her passion lies in acting, and shortly after landed roles in TV shows and films. She has been acting for more than a decade which is quite enough to prove that she had a successful acting career while raking in her wealth. Her acting career opened door to various opportunities like brand endorsements, which is considered a lucrative business.

Thanks to her acting career, Perry Mattfeld has made a hefty net worth, which has been estimated to be around $2.5 million in 2023.

Her name was inspired by the Persian name ‘Pari’ or ‘Paricheher’ which means Face of Angel or Face of a Fairy.

She ventured into ballet when she was just five years.

After nine years of dancing ballet, she trained in different styles under the legendary choreographer Debbie Allen in Los Angeles.

She has appeared in various theatre productions, including Louie Piday’s play, The Dining Room, at McClintock Theatre, Los Angeles, California.

In May 2014, she made it to Sports Illustrated Featured Dancer/Cheerleader, University of Southern California.

Perry can speak English and French as well.