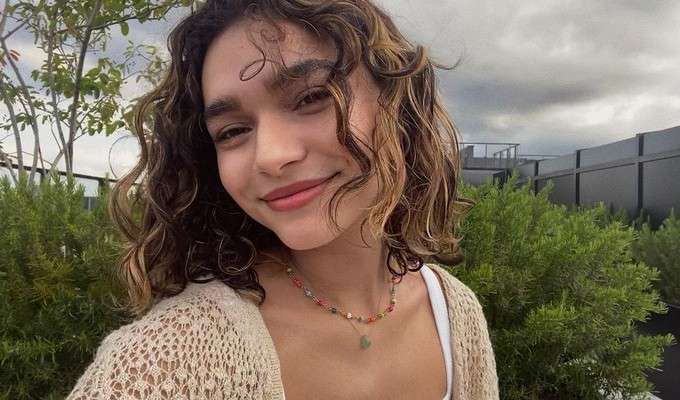 Paulina Chávez is a young budding actress from El Paso, Texas. Her professional acting career took off in 2016 with minor productions. With talent and luck on her side, she quickly became” one to watch” in the entertainment industry, landing roles in major productions. She got her mainstream success after she landed the role of Ashley Garcia in the Netflix comedy series The Expanding Universe of Ashley Garcia.

The gorgeous actress has an impressive resume thanks to her appearances in productions like Fate: The Winx Saga, Feliz NaviDAD, Game On! A Comedy Crossover Event, and Teenage Girl: Valerie’s Holiday. In addition, she has starred in a number of shorts including Vicious Cycle and Zinnia.

Paulina is the youngest among three siblings in a family of five. Her parents are Lorenzo Chávez and Patricia. She has two older sisters, Celeste Chávez and Jessica Chávez. The family moved to San Antonio when she was a little girl where she spent her entire early life.

She went to Sky Harbour Elementary School for her primary education. After which, she was homeschooled.

Paulina Chávez is known to be secretive when it comes to her personal life. She hasn’t disclosed anything about her love life or dating history to the media.

Paulina Chávez is a born talent and played genius Latina in the hit Netflix drama series The Expanding Universe of Ashley Garcia. In an interview, she told that she was overwhelmed and excited when she was selected for the role. she played Ashley Garcia, a teenage genius who becomes the youngest person to ever earn a Ph.D. and lands a dream STEM job at NASA.

She fell in love with acting very early on in her life at a tender age while acting in school drama. She took her interest to next level and started appearing in amateur productions as well as in TV commercials.

Paulina got her start back in 2016 when she landed a small role in the TV series Day 5, where she was cast as Carmen.

Following some episodic roles, she got her big breakthrough as Ashley Garcia in the 2020 Netflix drama series The Expanding Universe of Ashley Garcia. On the show, she worked alongside Eva Longoria.

Her dog is named Luna.

Paulina made her feature film debut with Colossal Youth in which she was seen in the character of Party Goer.

She is also an aspiring singer and has released some original music as well.

In 2021, Paulina took on the role of Flora in the TV series entitled Fate: The Winx Saga, starring Freddie Thorp and Sadie Soverall.