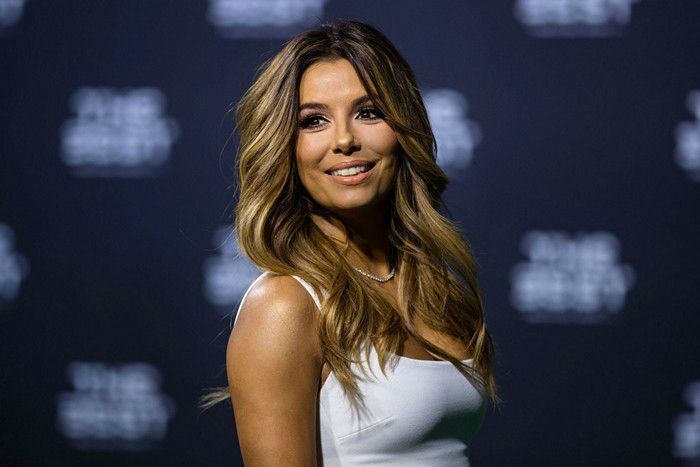 Eva Longoria is an American actress who came to the limelight after her portrayal of Isabella Braña in ‘The Young and the Restless’. She earned nationwide recognition for playing Gabrielle Solis on the ABC television series Desperate Housewives, for which she received Golden Globe and Screen Actors Guild Award nominations.

Eva Longoria was born on the 15th of March 1975, in Corpus Christi, Texas, United States of America. She is currently 47 years old.

She joined the Texas A&M University-Kingsville in Texas from where she earned a degree in Bachelor of Science in Kinesiology (Study of anatomy, physiology and body movement) in 1998.

She earned her master’s degree in Chicano Studies from California State University, Northridge in May 2013.

Eva Longoria was married to a television actor Tyler Christopher from 2002 until 2004. She then married NBA star Tony Parker in 2007, but they divorced in 2011.

She married a Mexican businessman, Jose Antonio Baston on May 21, 2016, after dating for more than three years. They began dating each other in 2013. She gave birth to her first child, a son, Santiago Enrique Baston, on June 19, 2018.

Eva Longoria landed her first acting role in 2003 in the film Snitch’d as Gabby. It was a direct-to-video film.

Her first major role was as Jill Marin in the thriller ‘The Sentinel’ opposite Michael Douglas. The film was released in 2006 to critical acclaim.

Her first appearance on television came in 1999 when she hosted a segment of the TV show, “L.A. In A Day”, produced by Gary Ghiaey.

Thereafter, she guest-starred in ‘Beverly Hills, 90210’ and ‘General Hospital’ before she was cast as Isabella Braña in the soap opera “The Young and the Restless”, produced by CBS Daytime. She was a series regular and appeared in a total of 143 episodes from 2001 until 2003. This role earned her a lot of fame and led her to the ladder of stardom

Longoria had her first breakthrough role in 2003 when she was cast as Gabrielle Solis in the ABC comedy-drama ‘Desperate Housewives’, which made her a household name and earned several prestigious awards for her role.

Longoria was crowned Miss Corpus Christi, the USA in 1998.

In 2005, she signed a lucrative deal with L-Oreal for 1 million pounds to be their brand’s image.

In September 2006, she was placed on the cover of the 100th edition of Maxim magazine.

People magazine named her one of 2012 Most Beautiful at Every Age.

She published her first book, “Eva’s Kitchen: Cooking with Love for Family and Friends”, in April 2011.

Erin has stakes in several nightclubs and restaurants.

She is a longtime friend to fashion icon Victoria Beckham, who designed her wedding dress for her marriage to José Bastón.

In March 2017, Longoria was listed by UK-based company Richtopia at number 42 in the list of 200 Most Influential Philanthropists and Social Entrepreneurs Worldwide.

In March 2017, Eva Longoria launched her clothing line website on her official site.

Eva received a star on the Hollywood Walk of Fame at 6906 Hollywood Boulevard in Hollywood, California on April 16, 2018.

She used to be a headhunter.

In 2011, She topped Forbes magazine’s list of the highest-paid TV actresses for that year.