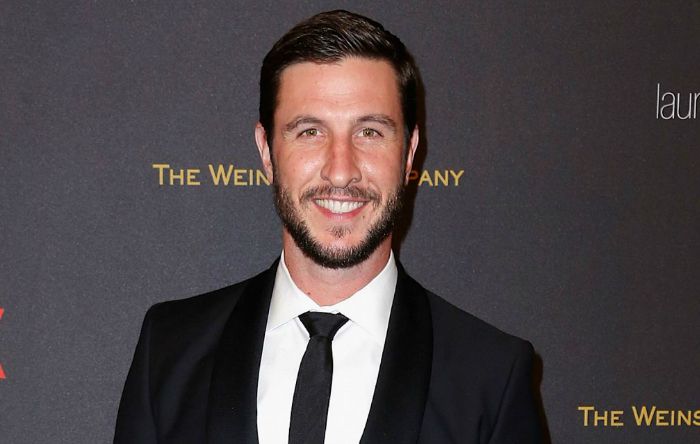 Pablo Schreiber is a Canadian-American actor who is best known for his role as George “Pornstache” Mendez on the Netflix original series Orange is the New Black. He +has previously starred as Lieutenant Commander Zeke “Z-Pak” Tilson, a Naval pilot who is also a drug dealer in the HBO series The Brink and played a leading role in the Michael Bay film 13 Hours: The Secret Soldiers of Benghazi.

Pablo attended Winlaw Elementary School. He, then, enrolled at the University of San Francisco, hoping to make it on the college basketball team and later transferred to Carnegie Mellon University in Pittsburgh, Pennsylvania, and graduated in 2000 with a degree in theatre.

During high school, he pursued basketball and aspired to become a basketball player, but he only then realized at the college level competition, he wasn’t proficient enough to continue with the sport.

Pablo Schreiber was married to Yoga Instructor Jessica Monty in 2007 and separated in 2013. Jessica filed for divorce in late 2013 which was finalized in 2015. They have two sons –  Timoteo Schreiber and Dante Schreiber, who are in the joint custody of their parents.

In 2001, he first landed a small role of a character named Todd in the film Bubble Boy.

He starred in many TV series including American Gods, The Brink, Ironside, Orange Is the New Black, A Gifted Man, Weeds, Law & Order: Special Victims Unit, among others.

As of 2022, Pablo Schreiber has a net worth of $4 million US dollars. Most of his earnings come form TV appearances and films.

Pablo won the We Love to Hate You Award at the 2014 Young Hollywood Awards for his role in Orange Is the New Black.

He lost his virginity at the age of 12.

He narrated the gruesome, thriller novel American Psycho (1991) in an audiobook in 2009.

He plays one of the lead roles as Mad Sweeney in the fantasy television series, American Gods, since 2017.

In 2019, he began cast as Master Chief in the upcoming Halo live-action series.