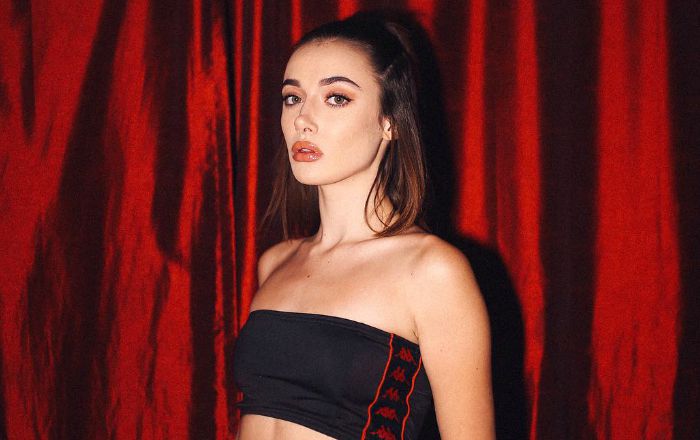 American singer and songwriter Olivia O’Brien is best known for her cover songs as well as her collaboration with DJ Gnash on the single ‘I Hate U, I Love U’. The song debuted at no. 10 on US Billboard Hot 100 and peaked at no. 1 in Australia. Thereafter, she embarked on a solo career releasing more than half a dozen singles and an EP titled ‘It’s Not That Deep’. She’s presently working on her debut studio album.

Olivia O’Brien attended Justin-Siena High School in Napa, California. She later enrolled for an online high school but dropped out to focus on her music career.

Olivia had previously been in a relationship with an American singer, songwriter, rapper, and DJ Gnash. They both have a daughter together named Moareisetti Nash (b. December 2015).

Olivia O’Brien has been singing since she was seven years old. After she gained immense fame with her original song “I Hate U I Love U”, she released her debut solo single “Trust Issues” through Island Records on August 12, 2017.

Following that, O’Brien released her debut EP titled “It’s Not That Deep” on November 17, 2017. She dropped her debut studio album entitled Was It Even Real? on April 26, 2019.

As of now, she hasn’t acted in any theatrical film.

In July 2016, Olivia appeared on the popular TV series Late Night with Seth Meyers where she performed her hit track “I Hate U I Love U”.

Her breakthrough track “I Hate U I Love U” which she wrote on her own became a super hit reaching number 10 on Billboard Hot 100 and number one in Australia.

She began singing when she was seven years old. she learned to play guitar and piano on her own.

DJ Gnash invited her to sing an original song “I Hate U, I Love U”, featured on his third EP titled “US”, after watching a cover of one of his songs which she posted on Soundcloud.

She is afraid of spiders.

Her celebrity crush is Shawn Mendes.

In March 2017, she was nominated for iHeartRadio Music Award for Best Solo Breakout and Radio Disney Music Awards for Best Breakup Song categories.