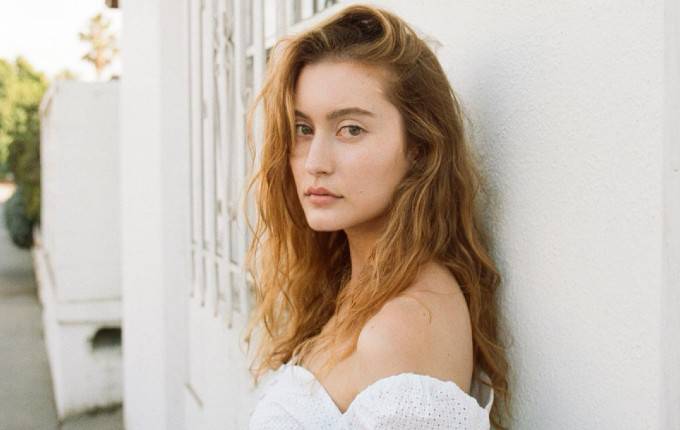 Olivia Macklin is an American actress who has already been part of many major productions despite being relatively new to acting. Her first production that grabbed public attention was “The Young Pope,” a television mini-series in which she was cast as Madre. She quickly rose to the top of the ranks, becoming a favorite pick for directors and showrunners.

She has Jewish ancestry.

When it comes to her family life, she hasn’t talked much about her parents or her early life. It appears that the budding actress prefers to keep her personal life away from the spotlight. However, she shared pictures of herself with her mom and dad on her Instagram, wishing them on father’s Day and Mother’s Day respectively.

Bron and bred in Winnetka, Illinois, Olivia Macklin attended New Trier High School before she went to Fordham University. She majored in theatre performance in 2016.

Unlike other celebrities in showbiz who are pretty much open when it comes to their personal life, Olivia Macklin is rather secretive about her personal matters. Her relationship status remains a mystery as she keeps that aspect of information to herself.

However, she’s romantically linked to her Filthy Rich co-star Benjamin Levy Aguilar. Though they both worked together in the television series, it is actually not known when they became attracted to each other.

Olivia Macklin has been acting for quite a while now. She burst into professional acting in 2016 when she earned acting credits in the TV show Sex & Drugs & Rock & Roll, where she played a small role. That same year, she was cast as Madre on The Young Pope, a series that put her on the radar.

With that, a lot of prominent roles came along her way, including Nichole Hayes in the 2018 Fox sitcom LA to Vegas. On the show, she played the character of a professional stripper alongside the likes of Kim Matula, Ed Weeks, Nathan Lee Graham, Peter Stormare, and Dylan McDermott.

In 2020, she made some noise with Filthy Series, where she played Becky Montreaux, Eric’s snooty wife, co-starring with some of the popular actors including Kim Cattrall, Melia Kreiling, Steve Harris, and Aubrey Dollar. The series gained a lot of traction among the audience that helped her cement a place in the industry. Her acting career has already proven to ve successful and there’s no doubt that the budding actress will definitely reach places.

Despite not much being known about Olivia’s net worth right now, we can surely say that she has amassed quite a fortune by now. She makes the most of her earnings from acting, but she may earn a few bucks from endorsement as well. With her career gaining traction, we can say that her net worth will surely grow.

She was raised in Illinois.

Growing up, she wanted to make a career in professional acting, and to accomplish her dreams, she studied theatre at Fordham University.

She made her big-screen debut with the 2018 drama film Radium Girls, starring Joey King and Abby Quinn.

Olivia was cast in a small role on the Netflix series Dead To Me.

Her favorite drink is a Margarita cocktail.