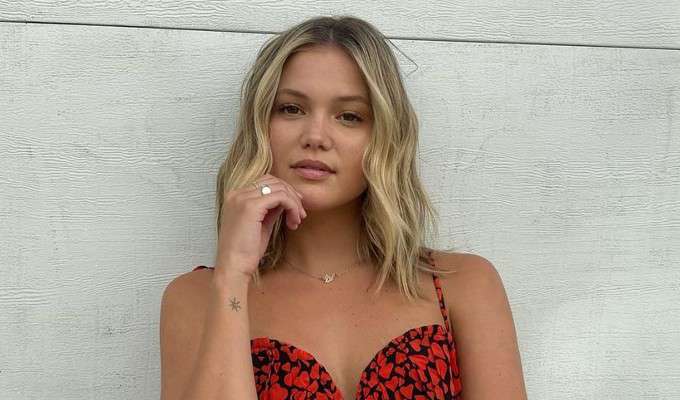 Olivia Holt is an American singer and actress. She’s a Disney breakout star who has starred in several of their productions like the sitcoms Kickin’ It, and I Didn’t Do It and the 2012 television movie Shake It Up. She first gained national notoriety through her appearances in films and TV shows before established herself as a singer,

She ventured into the pop scene with the release of her debut EP, Olivia, in July 2016. Featuring hit numbers, Phoenix and History, the album landed at number 19 on the US Top Heatseekers chart. Her single Generous became her first song to reach the top spot on the Billboard Dance Club Songs chart. Dabbling in music and acting, the 23-year-old actress has garnered pretty much attention for herself. As of 2022, Olivia Holt has a net worth of $2 million dollars.

Olivia is the daughter of Mark Holt and Kim Holt. She grew up with her two siblings, an older sister, Morgan Toll, and a younger brother, Cade Holt. Her sister is also an actress who studied theatre arts at Columbia College in Hollywood.

TikTok star Owen Holt is her younger cousin. Her family moved to Nesbit, Mississippi when she was a little girl where she spent most part of her early life. in 2011, she moved to Los Angeles to pursue an acting career.

She attended and graduated from Oak Park High School in 2015.

Olivia dated her Disney Channel movie Girl vs. Monster co-star Luke Benward from 2012 until 2014. In 2015, she began dating Instagram star, Ray Kearin. Two years into the relationship, the duo broke up in 2017.

Most recently, she and actor Taylor Lautner sparkled dating rumors but nothing came out of this relationship.

A Disney breakout star who received critical acclaim for her parts in the Disney series Kickin’ It and I Didn’t Do It and the Disney Channel Original Movie Girl vs. Monster.

Her eponymous debut EP, Olivia, arrived in July 2016 and peaked at number 19 on the US Heatseekers chart.

Thanks to her successful acting career, Olivia Holt’s net worth, as of 2022, is estimated to be about $2 million. Having achieved a tremendous amount of success as an actor, Olivia is all set to take the hip-hop world by storm with her debut album which she is currently working on.

She dabbled in cheerleading throughout her early life.

She began to act at a very young age, starting out with local community theatre productions and television commercials.

She turned pro in 2009 when she landed a minor role in the feature film Black & Blue.

In 2011, Olivia got her mainstream success playing “Kim Crawford”, a confident martial artist and the only girl in the dojo who can go toe-to-toe with the boys, in the Disney XD comedy series, Kickin’ It.

In 2018, she played the role of superhero role of Tandy Bowen (aka Dagger) in the Freeform Marvel television series Cloak & Dagger. For her performance, she won Teen Choice Awards for Choice Summer TV Star in 2018.

She joined the cast of the drama series Cruel Summer as Kate Wallis in 2021.

She released the single Next, which she co-wrote with Meghan Trainor, on June 25, 2021.