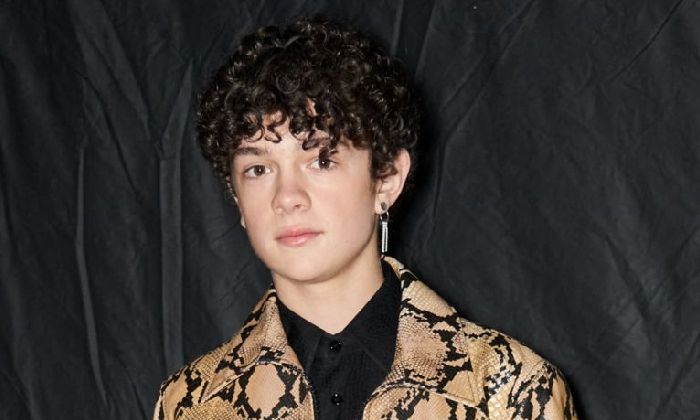 Noah Jupe is an English actor. He started his acting career with the 2017 movie The Man with the Iron Heart. Since then, he has been a part of several lauded films such as Suburbicon, Wonder, A Quiet Place, Ford v Ferrari, and Holmes and Watson. He earned the Independent Spirit Award nomination for Best Supporting Male for his outstanding performance in the drama film Honey Boy.

Noah Jupe is the oldest child of filmmaker and producer Chris Jupe and actress Katy Cavanagh. He grew up with his two younger siblings: Jacobi Jupe and Jemma Jupe in his hometown.

Noah attended Cheadle Hulme School in Cheadle, Cheshire, where he was a member of the relay swimming team. He developed a love for acting very early on, as both of his parents are already part of the film industry. He grew up watching their movies and that influenced him a lot to follow in their footsteps.

Being the son of a famous actress and filmmaker, acting offers came in his way quite comfortably. He was just ten years old when he made his showbiz debut, playing the role of a child in an episode of the TV show Downton Abbey.

Given the fact that Noah is barely 15-years-old, the chances of him having a boyfriend are slim at best. There are no credible sources to confirm the existence of a potential significant other, as well as a lack of evidence on any of his social media profiles. Even if there was a girlfriend, his parents are doing an exceptional job of protecting his private life from the public eye.

Noah Jupe earned his first acting credits in the TV show called Downton Abbey in 2015 where he was portrayed as a child.

In 2017, Noah made his big-screen debut with a minor role in the movie The Man with the Iron Heart, a World War II drama, co-starring Jason Clarke, Rosamund Pike, Jack O’Connell, Jack Reynor, and Mia Wasikowska.

Noah’s breakout role was that of Young Otis Lort in the blockbuster drama film, Honey Boy, starring LaBeouf, Lucas Hedges, and FKA twigs. His performance in the movie was largely appreciated by the critics and audience, which earned him a lot of nominations as well as the Hollywood Critics Association Awards for Best Performance by an Actor 23 and Under.

His other notable acting roles include Lucas Janssen in The Titan, Peter Miles in Ford v Ferrari, Marcus Abbott in A Quiet Place Part II, and Henry Fraser in The Undoing,

At such a young age, Noah has proven that by chasing his dreams he was able to achieve more than many of his peers have in his own right. All of his acting jobs have accrued him a net worth of a whopping $2 million, which is really incredible considering that he’s just new to the industry.

He is claustrophobic and fears being locked in a closed room or elevator.

He plays field hockey for the Alderly Edge hockey club.

In 2020, he was nominated for Independent Spirit Awards for Best Supporting Male for his work in Honey Boy.