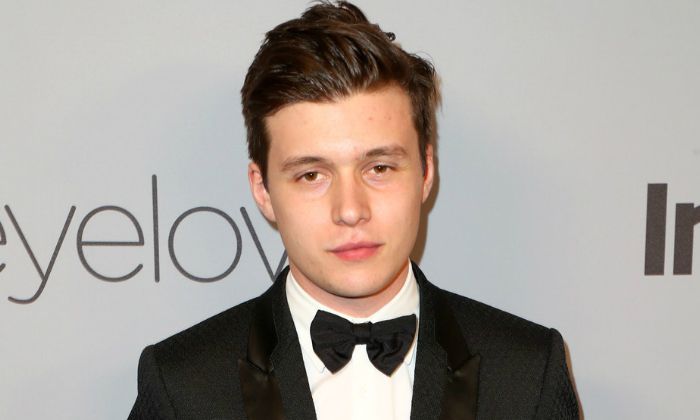 Nick Robinson is an American actor who entered into the creative industry at the age of 11, when he was cast in the stage production of Charles Dickens’ novel A Christmas Carol. He gained fame after starring as Ryder Scanlon on ABC’s family drama Melissa & Joey. He further gained fame for his roles in the movies The Kings of Summer, The 5th Wave, Everything, Everything, and Love, Simon. He has a supporting role in the science fiction film Jurassic World.

Nick Robinson was born on the 22nd of March 1995, in Seattle, Washington, United States of America. He is currently 26 years old.

Nick’s parents are Michael Robinson and Denise Podnar. He is the oldest of five children to her parents and also has two older half-siblings from his father’s previous marriage.

He graduated from Campbell Hall School in Los Angeles in 2013. He then got admission at the New York University’s Gallatin School of Individualized Studies but he chose to defer his first year so that he can work on Melissa & Joey.

Nick is usually not vocal about his private life and prefers to keep his love life away from the media spotlight.

Nick Robinson had his first acting job as Jake Logan in the Disney Channel original movie Frenemies, starring alongside Bella Thorne and Zendaya in 2012.

His feature film debut came in 2013 when he was cast to star Joe Toy in director Jordan Vogt-Roberts’ coming-of-age comedy-drama film, The Kings of Summer.

As of 2021, Nick Robinson has an estimated net worth of $3 Million.

His professional acing career started when he landed a role in the stage production of Charles Dickens’ novel A Christmas Carol. He has since appeared in a many stage productions.

He was often compared with the famous actor James Franco. He has stated that he would like to work with him someday.

He is close friends with actress Maika Monroe.

In 2013, Nick was nominated in the category Best Performance by a Youth in a Lead or Supporting Role for his stellar performance in the movie The Kings of Summer.

He was one of the many actors considered for the role of Han Solo in Solo: A Star Wars Story, which was played by Alden Ehrenreich.

In 2018, he won multiple awards including Teen Choice and MTV Movie & TV Awards for his role as Simon Spier in the romantic teen comedy-drama film Love, Simon.

In 2018, Robinson was named to Forbes’ 30 under 30 in the Hollywood & Entertainment category.