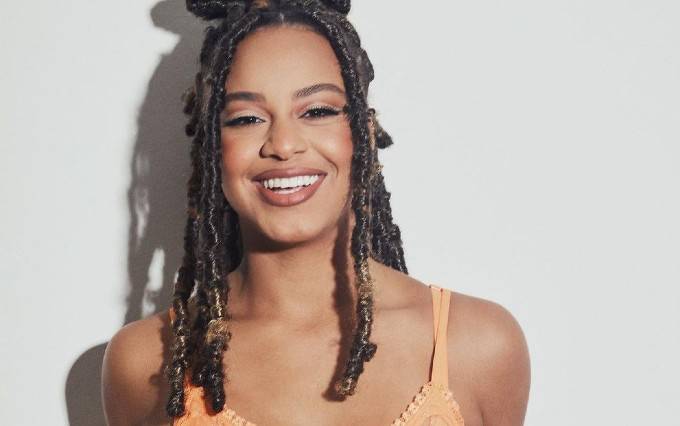 Nia Sioux Frazier is a young celebrity dancer, singer, and actress from America. She came into the limelight after she appeared on Lifetime’s dance reality show, ‘Dance Moms’, and was the only participant from the original elite team on the show. Furthermore, she is an upcoming model and actress who has appeared in a number of television shows, and a singer, who, in 2015, released her first single, “Star In Your Own Life” along with a music video.

Nia Sioux Frazier was born on the 20th of June 2001, in Pittsburgh, Pennsylvania, United States of America. She is currently 21 years old.

Nia was in a brief relationship with dancer and actor Bryce Xavier in 2017.

In 2014, Nia landed a leading role in the short-music film Todrick Hall: Freaks Like Me as Ursula – Princess Tiana.

In 2011, she made her television debut by appearing in the dancing reality competition show Dance Moms as herself. She was only 10 at that time. Since then, she has appeared in various dance shows and television series.

Nia Sioux Frazier released her debut single “Star in Your Own Life” in March 2015.

According to various sources, Nia Sioux Frazier has an estimated net worth of $650 thousand Us dollars as of 2023. Her earnings include salaries from TV appearances and series, ad revenue, social media promotions, endorsement deals, and event appearances.

She began dancing when she was three.

In her free time, Nia loves to cook and volunteers at the dance studio to help demonstrate.

Nia Sioux won Miss Sheer Talent in July 2014 in Las Vegas for performing a solo dance item at the Nationals.

Nia Sioux has been learning Chinese since she was younger. In the future, she plans to master the language.

She launched her own app called Nia’s Nation on iTunes for her fans to get updates on her.

She is good friends with Chloe Lukasiak, Paige Hyland, and Brooke Hyland.

In 2021, she started her own series Dance With Nia which she starred in and also executive produced.