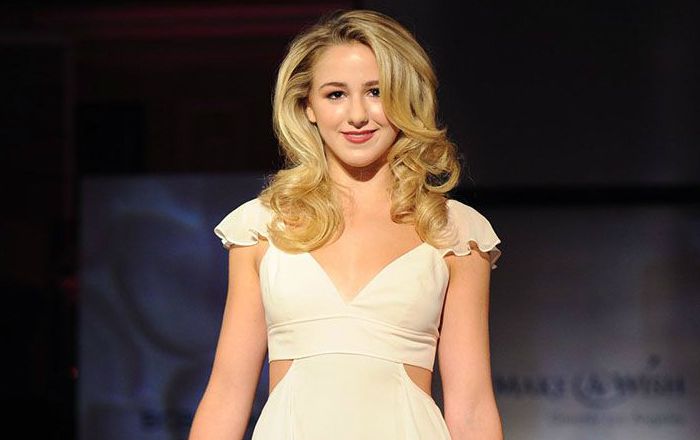 Chloe Lukasiak is an American dancer, actress, and model. She has appeared along with her mother as an original cast member of Lifetime’s reality television series Dance Moms. She departed from the show after its fourth season, and thereafter, she has appeared in a number of TV shows. She has a huge presence across social media platforms, including Instagram where she has over 7 followers.

Chloe Lukasiak was born on the 25th of May 2001, in Churchill, Pennsylvania, United States of America. She’s currently 21 years old.

She was in a relationship with Puerto Rican pop singer, Ricky Garcia from 2015 to 2016. She recently revealed that she found love in a man, her boyfriend skateboarder Brooklinn Khoury. They have been dating since November 2020.

In 2017, Chloe Lukasiak was cast as Savanah Stocker in an American family film,  A Cowgirl’s Story. The film saw a Direct-to-DVD release.

In 2011, Chloe Lukasiak along with her mother and Abby Lee Dance Company owner Abby Lee Miller joined the cast of season 1 of Lifetime’s reality television series Dance Moms. They left the show at the end of its fourth season.

She appeared on the American reality television series, Dance Moms from 2011 to 2014.

Her mother named her after the song “Chloe Dancer” by Mother Love Bone.

She began taking dance lessons at the age of two at the Abby Lee Dance Company.

Chloe is allergic to cats and horses.

She has a pet dog named, Maggie.

She was a spokesmodel for Just For Kix, an American dancewear company.

Chloe won the Favorite Dancer 17 & Under award at the 2015 Industry Dance Awards.

In 2015, Chloe was diagnosed with Silent sinus syndrome and underwent eye surgery to correct her condition.

Her fashion icon is Blake Lively.

She suffers from asthma.

She is good friends with Nia Frazier, Brooke Hyland, and Paige Hyland while at the ALDC.

In 2017, Lukasiak launched a fashion line in collaboration with Dazzine as well as a shoe line and a Christmas fashion line through JustFab.

Lukasik has contributed to Rosie Day’s book Instructions for a Teenage Armageddon: 30 Kick-Ass Women On How To Take Over The World. The book was released on October 14, 2021.