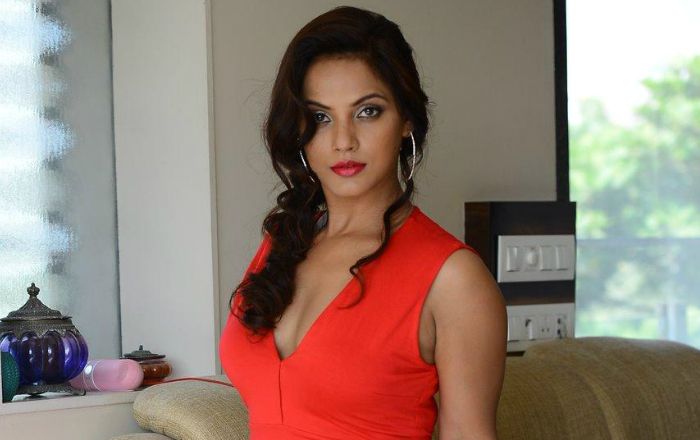 Neetu Chandra is an Indian actress, producer, and theatre artist known for her works in the Hindi, Tamil, and Telugu film industries. In addition to acting, she’s an athlete and also a trained dancer and martial arts artist. She holds two Dan black belts in Taekwondo, a form of martial arts, and represented India in the 1997 World Taekwondo Championships in Hong Kong. Her production venture ‘Mithila Makhaan’, which was billed under Champaran Talkies, earned her a National Award.

She was in a relationship with Bollywood actor Randeep Hooda in the past. Unfortunately, there’s no information regarding her current boyfriend.

In 2007, She forayed into Bollywood starring as Rani in the film Traffic Signal. Her Tamil debut Yavarum Nalam alongside Madhavan was commercially successful, gaining her fame and a massive fan following.

Neetu has since appeared in a number of films including Kucch Luv Jaisaa, No Problem, Satyameva Jayate, Theeradha Vilaiyattu Pillai, Apartment, and many others.

Neetu has been hosting a popular film song-based reality show, Rangoli on DD National since May 2017.

She has been a face of several brands such as Hoop and appeared in TV commercials for Mysore Sandal Soap.

Her net worth is estimated at over $4 million US dollars that results from acting, TV appearances, film productions, and other business activities. She lives in a plush apartment in the posh area of Mumbai. She owns an Audi A8 and a BMW.

After graduation, she moved to Mumbai to try her luck in modeling and acting. She was eventually signed by a modeling agency and started doing modeling gigs along with hunting for film offers.

She has starred in Tamil, Hindi, Telugu, and Kannada language films.

In 2013, Chandra made her debut in theatre, playing the title role in a play called Umrao.

Neetu has appeared on the cover of the January 2009 issue of Indian Maxim and other magazines.

She won the National Award for the movie Mithila Makhaan, directed by her brother Nitin Chandra.

In addition to films, she has appeared in many music videos including “Rasiya Saajan”, “Aa Raha Hoon Main”, “Mera Babu Chhail Chhabila” among others.

Chandra was made the Community Ambassador For Patna Pirates in the pro kabaddi league. in 2018.

In 2020, she was featured in the Hollywood show Gown and out in Beverly Hills with Bollywood actor Sammy John Heaney.