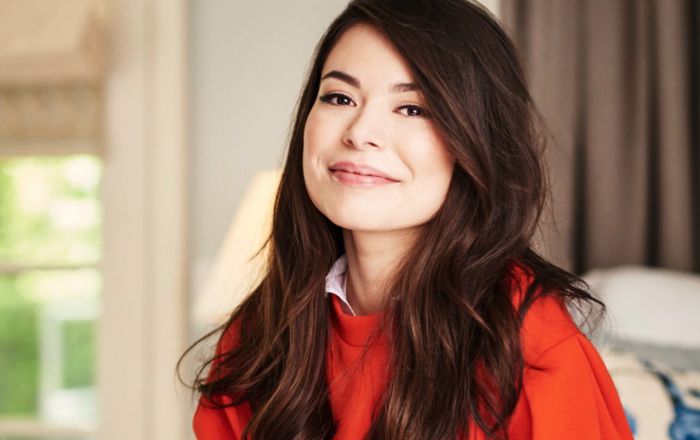 Miranda Cosgrove is an American actress and singer who gained popularity as Megan Parker on the Nickelodeon television series Drake & Josh. She played Carly Shay, the lead character on the Nickelodeon teen sitcom iCarly, for which she was paid $180,000 per episode, making her the second-highest-paid child star on television. She also voiced the character Margo in Despicable Me and starred as Shea Moore in the short-lived NBC sitcom Crowded.

Miranda Cosgrove was born on the 14th of May 1993, in Los Angeles, California, United States of America. She’s currently 29 years old.

She began appearing in TV commercials at the age of three and was homeschooled from sixth grade onwards. She attended the University of Southern California (USC).

In 2003, Miranda Cosgrove earned her first acting credit for her role as Summer Hathaway in the comedy film, School of Rock. She played the role of a young girl with great ambition and discipline who finds herself adjusting to the free-spirited nature of the new teacher by becoming band manager of the classroom’s rock band. Her performance in the film was highly lauded by critics as well as the film was commercially successful, grossing over $131,282,949 worldwide.

Cosgrove’s first television appearance came in 2001 when she voiced the 5-year-old Lana Lang in the pilot episode of Smallville.

Her first breakthrough role in a television series came in 2004 when she landed on the role of Megan Parker, the mischievous younger sister of the title characters, in the Nickelodeon series Drake & Josh, alongside Drake Bell and Josh Peck.

Miranda Cosgrove dropped her debut album titled Sparks Fly, in April 2010, peaking at number 8 on the US Billboard 200 chart.

As a child, Cosgrove has appeared in a number of TV commercials like McDonald’s and Mello Yello.

She served as a promotional brand ambassador for Neutrogena skin care in 2010.

She has an estimated net worth of $10 million dollars. She lives in a 3-bedroom, 2900 square feet house, which she bought for $2.65 million in Los Angeles, and owns a white Porsche Cayenne.

Cosgrove began appearing in television commercials at the age of three before landing on small roles in TV series.

She was discovered by a talent scout at the age of 3 when she was singing and dancing at the Los Angeles restaurant Taste of L.A.

She had stated that her roles models are Anne Hathaway and Rachel McAdams.

She has a dog named Penny and a cat named Midnight.

She is a national spokesperson for Light the Night Walk, an organization that creates awareness for blood cancer and leukemia.

Miranda is allergic to cats.

She has provided voice for several characters in films Despicable Me series, A Mouse Tale and Khan Kluay.