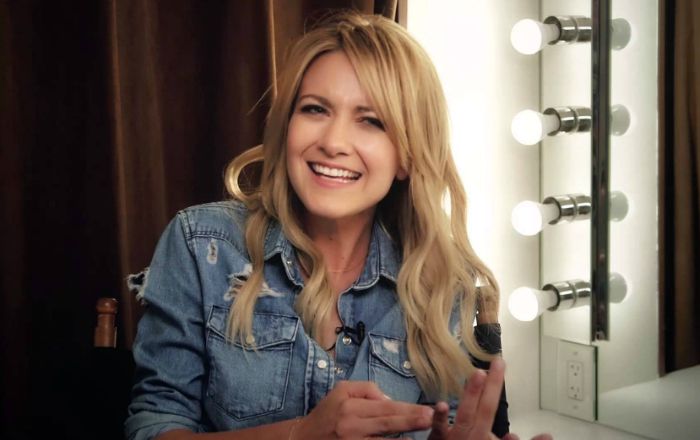 American actress Meredith Hagner who is probably known for her starring role as Portia in the TBS sitcom ‘Search Party.’ She played Liberty Ciccone in the CBS daytime soap opera ‘As the World Turns,’ and starred as Amy Jordan in the ‘TBS sitcom Men at Work.’ Aside from television roles, she has also starred in films including ‘Ingrid Goes West,’ ‘Irrational Man,’ ‘We’ll Never Have Paris’ and ‘Damsels in Distress.’

Meredith Hagner was born on the 31st of May 1987, in Chapel Hill, North Carolina, United States of America. She’s currently 34 years old.

Meredith Hagner is the daughter of Karen Hagner and Ronald Hagner. She has a sister named Kerry Hagner.

After graduating from Chapel Hill High School in 2005, Meredith was admitted to the Boston Conservatory but she dropped out after her freshman year. She moved to New York to try her luck in acting.

Meredith Hagner made her acting debut with the 2008 romantic comedy flick ‘Going the Distance,’ in which she played the role of a Tanning Salon employee.

Meredith landed her first acting role in the popular TV series ‘As the World Turns,’ playing the role of Liberty Ciccone in 2008.

Her other television credits include Royal Pains, Men at Work, Benders, Search Party, and Younger.

As of 2023, Meredith Hagner has a net worth of $1.7 million dollars. That money comes from film and television appearances as well as from lucrative brand endorsement deals.

She moved to New York at age 19 to pursue a career in acting. While in New York, she appeared in Television and radio commercials to make her ends meet.

Her first breakthrough came in 2008 with her role as Liberty Ciccone, the illegitimate daughter of Brad Snyder and Janet Ciccone, in the CBS daytime soap opera As the World Turns. For her stellar performance, she received a nomination for a Daytime Emmy Award for Outstanding Younger Actress in a Drama Series.

She had only $10 in her bank account when she was offered the title role in As the World Turns.

Meredith has guest starred on shows such as CSI: Miami, The Following, and Royal Pains.