Meghana Lokesh, a reputable television personality down the south India, who is well-known for her role as Sasi B.Tech. in the Telugu serial Sasirekha Parinayam. She has also appeared in the serials like Kalyana Vaibhogame and Purushottama, for which she was nominated for the 3rd Suvarna Parivaar Awards, for her amazing performance in the serial.

Meghana Lokesh was born in Mysore, Karnataka. Her exact birth date is unknown.

She completed her schooling from her hometown. She also holds a bachelor degree.

There’s no details about her relationship status or significant other.

In 2017, Meghana Lokesh landed her first leading role as Sandhya in the Telugu film, Idhi Maa Prema Katha, starring opposite Anchor Ravi, which is slated to release in December 2017.

Meghana has acted in a bunch of serials, even in uncredited roles, before getting her break with the Telugu daily soap, Sasirekha Parinayam. She played Sasi B.Tech. (Sasirekha) in the series, which premiered on MAA TV in March 2016. Though the series ended in December 2016, she is still popular among the Telugu audience as Sasi.

Regrettably, we do not know about her favorite things at this time.

Even though, Meghana has acted in a few TV series, she managed to win the hearts of the mass population though her brilliant performances. Her net worth is under review. 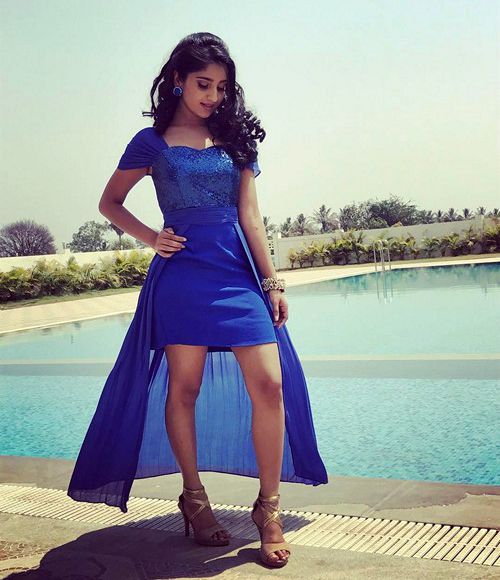 Her acting career took off when she appeared in a stage play at the age of 8. Since then, she has performed in more than 270 stage plays.

As a child, she aspired to become a Chemistry professor, but destiny had other plans.

Meghana Lokesh joined a theatre group called Natana at her early age. She credits her guru Mandya Ramesh for her exception acting skills.

She is the only person to plunge into showbiz while both her parents are professors and bother is an engineer.

Her debut film came after Karthik, the director of her debut film Idhi Maa Prema Katha, saw her serials and asked her to take audition for the leading role. She was eventually chosen to play the lead role.

Meghana was nominated for the 3rd Suvarna Parivaar Awards for her amazing performance in the serial, Purushottama.