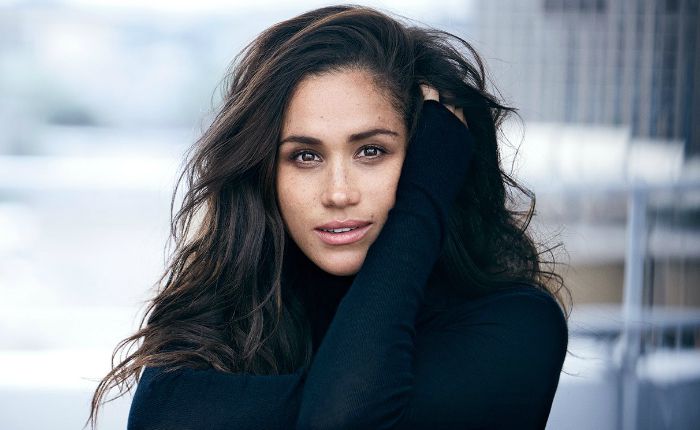 Meghan Markle is an American actress who is known for playing the role of Rachel Zane in the legal drama series ‘Suits’. She first attained fame after starring as an FBI special agent, Amy Jessup, in the sci-fi thriller ‘Fringe’. She has appeared in several television shows including ‘Cuts’, ‘CSI: NY’, ‘Deal or No Deal’, ‘90210’, ‘Knight Rider’, ‘Without a Trace’, and ‘CSI: Miami’ and films such as ‘Remember Me’ and ‘Horrible Bosses’.

She became one of the most searched actresses on Google in 2016 for her romantic linkup with Prince Harry, with whom she got married on 19 May 2018. She had recently announced her retirement from acting. As of 2023, Meghan Markle has a net worth of $60 million dollars.

Meghan attended Immaculate Heart High School, an all-girl Catholic private school in Los Angeles. She, then enrolled at Northwestern University, graduating in 2003 with a bachelor’s degree with a double major in theater and international studies.

Meghan Markle started dating Prince Harry, who is fifth in line to the British throne in June 2016. Their engagement was announced on November 27, 2017, which took place in London in October. The couple married on May 19, 2018, at St. George’s Chapel, Windsor Castle.

They welcomed their son, Archie Mountbatten-Windsor, on May 6, 2019, who is seventh in line to the throne. Upon her marriage to Prince Harry, Meghan became a princess of the United Kingdom entitled to the style of Royal Highness, as well as Duchess of Sussex, Countess of Dumbarton, and Baroness Kilkeel.

Previously, she was married to actor Trevor Engelson on September 10, 2011, in Ocho Rios, Jamaica, and divorced in August 2013. She has also dated Northern Irish professional golfer Rory McIlroy in 2014.

In 2005, she made her first appearance, acting in a small role in the film, A Lot like Love. She landed a lead role as Megan in the 2010 film, Remember Me.

Meghan was first seen in the long-running medical drama series General Hospital, starring as Jill in 2002 in one episode.

She has featured in several TV commercials like Jeep, Lexus, The More You Know, USA Characters Unite, Tostitos, among others.

Meghan has a net worth of $60 million US dollars as of 2023 with much of her earnings from acting and endorsements. Her net worth is expected to skyrocket after she gets wedded with Royal Prince Harry.

After her graduation, she worked as an intern at the US embassy in Buenos Aires, Argentina.

She worked as a freelance calligrapher to make her ends meet during her struggling days in acting.

Meghan Markle announced her retirement from acting post her engagement with Prince Harry.

In 2014, she traveled to Afghanistan and Spain as part of the USO Chairman of the Joint Chiefs of Staff Holiday Tour.

In 2016, she was appointed as the Global Ambassador for World Vision Canada.

In 2016, She has also worked as an Advocate with the United Nations Entity for Gender Equality and the Empowerment of Women.

Meghan served as editor-in-chief of her lifestyle website ‘The Tig’  until she discontinued in April 2017.

In 2018, Time magazine named Markle among the 100 Most Influential People in the World.