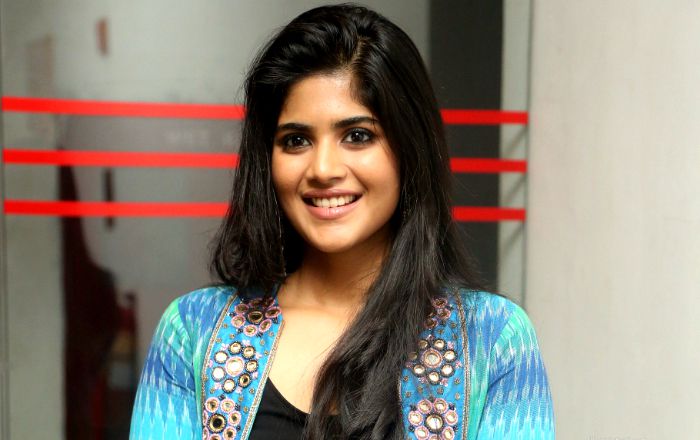 Megha Akash is an Indian actress who came into the limelight after she was cast in Gautham Menon’s Enai Noki Paayum Thota co-starring Dhanush. She starred as Chaitra in the 2017 Telugu film Lie, alongside Nithiin and Ravi Kishan. Her film credits include Vantha Rajavathaan Varuven, Oru Pakka Kathai, Raja Raja Chora, and Dear Megha.

Megha Akash was born on the 26th of October 1995, in Kariapatti, Virudhunagar, Tamil Nadu, India. She is currently 26 years old.

After completing her schooling at Lady Andal Venkatasubba Rao Matriculation Higher Secondary School, Chetpet, she enrolled at the Women’s Christian College in Chennai, graduating with a bachelor’s degree in Visual Communications.

The budding actress is very reluctant to talk about her private life.

Megha Akash made her acting debut in the 2017 Telugu Movie Lie, playing Chaitra alongside Nithiin and Ravi Kishan.

Born and brought up in Chennai, she aspired to become an actress from an early age.

She struggled a lot in the early days of her acting career to get herself fit into film roles.

Megha Akash has posted pictures of her attending a variety of studios throughout Los Angeles including Universal Studios and the Warner Brothers Studios lot.

In 2020, she appeared in the music video for the song “Oru Chance Kudu” featuring Shanthanu Bhagyaraj and Kalaiyarasan by Karthik and also featured in A.K. Priyan’s “Thappu Panniten” music video featuring Kalidas Jayaram.

In 2020, she won the JFW Movie Awards for Best Debut Actress for her role in Enai Noki Paayum Thota.