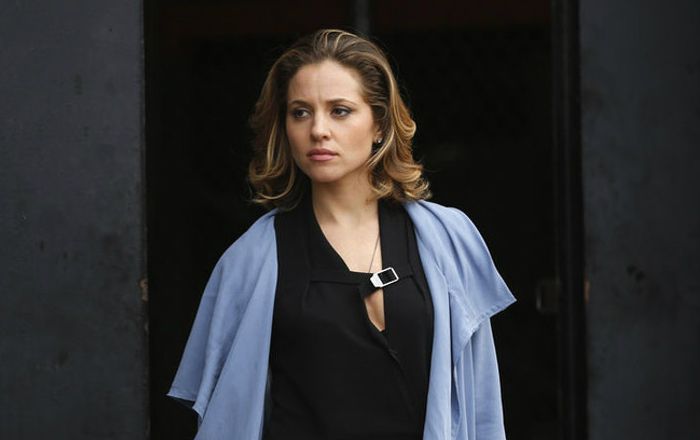 Margarita Levieva is a Russian-born American actress best known for her starring roles as Marcy Collins in the television series “Vanished” and Natalie O’Connor in the series “Allegiance”. Though she has appeared in both films and television series, she catapulted to fame only after her stint on TV and is better known to television audiences. In 2017, she was cast in the main role of Abigail “Abby” Parker on HBO’s drama series “The Deuce”. In films, her notable work includes Adventureland, Knights of Badassdom, The Diary of a Teenage Girl and It Happened in L.A.

Margarita Levieva was born on the 9th of February 1980, in Leningrad, Russian SFSR, USSR (now St. Petersburg, Russia). She is currently 42 years old.

Very little is known about her family. She was born to an upper-class Russian Jewish family and her father, Irina Levieva, was the President of Ostrov Realty Group. Her mother along with her and her twin brothers moved to the United States when she was 11 years old and has since been living there.

Margarita attended high school in Secaucus, New Jersey, and was then accepted into New York University from where she earned her bachelor’s degree in economics. She learned acting by enrolling in the Meisner Training Program at the William Esper Studio.

Margarita was in a relationship with actor Sebastian Stan from 2014 to July 2016.

Margarita Levieva started her professional acting in 2004 when she was cast in a short film called “Billy’s Choice”.  She got her first major role in the American-Swedish supernatural horror film, “The Invisible”, playing her role as Annie Newton alongside co-stars Justin Chatwin, Chris Marquette, Marcia Gay Harden, and Callum Keith Rennie.

Levieva made her television debut in 2005 playing Stephanie Davis in an episode of “Law & Order: Trial by Jury”.

She is well recognized for her part in the television series Vanished, The Blacklist, Allegiance, We Bare Bears, and The Deuce.

As of 2023, Margarita Levieva’s net worth is estimated to be $4 million.

When she was three years old, she began training in rhythmic gymnastics and continued to train even after relocating to Sheepshead Bay, Brooklyn in New York City.

Margarita Levieva was named one of the 50 Most Beautiful People in New York by New York Magazine in 2005.

In 2016, Levieva also appeared as Yana in an episode of the animated TV series We Bare Bears.

From 2017 to 2019, Levieva began playing Abigail “Abby” Parker, an adventurous college student who strikes up a relationship with Vincent (James Franco) on the HBO series The Deuce.