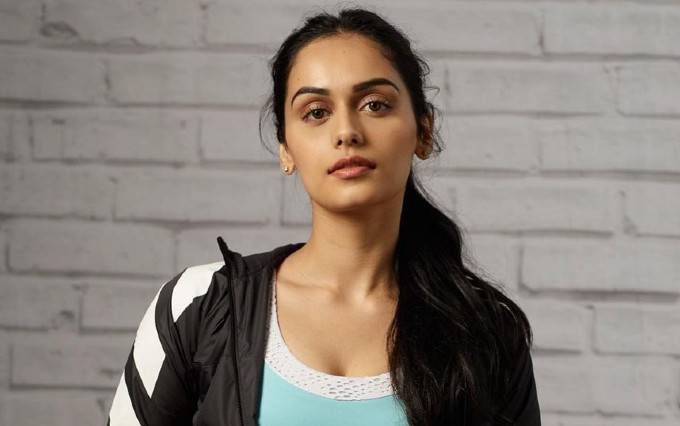 Manushi Chhillar is the most gorgeous and exquisite model from India, who was crowned 67th Miss World 2017 that was held on 18th November 2017. She previously bagged Femina Miss India 2017. She is the sixth Indian woman to bank the title, and the last one to win the title was Priyanka Chopra in 2000. In 2018, Times named her the “Most Desirable Woman of India” and the following year, she was named India’s Hottest Vegetarian by PETA. She made her acting debut with the historical drama Prithviraj, starring Akshay Kumar, Sanjay Dutt, and Sonu Sood.

Manushi Chhillar was born on the 14th of May 1997, in Haryana, India. She is currently 25 years old.

Manushi Chhillar attended St. Thomas School in New Delhi. She was a school topper in 10th and CBSE All India topper for English in 12th.

After graduation from school, she enrolled at the Bhagat Phool Singh Government Medical College for Women in Sonipat to study medicine. Chhillar is currently pursuing her Bachelor’s Degree in Medicine and Surgery.

Whilst a student, she began to appear in beauty pageant contests and also did modeling.

She is very reluctant to talk about her personal life, especially her love life. In a recent interview, she openly admitted that she is yet to discover love.

In 2017, Manushi Chhillar represented the state of Haryana in the Femina Miss India 2017 contest and was crowned Miss Photogenic, and eventually winning the title as well.

With that, Manushi represented India in the Miss World 2017 beauty pageant and went through the finals after winning a string of rounds. She was crowned Miss World 2017 by predecessor Stephanie Del Valle of Puerto Rico.

She hasn’t appeared in films.

As a model, she did appear in many television shows.

She has endorsed a lot of beauty and fashion brands and products like Bata, Fashion Big Bazaar, Cinnamon Hotels & Resorts, Gio watches, and Club Factory, among many others.

She caught the media spotlight after winning many beauty pageants. She lives a luxury life as she has been affiliated with a bunch of brands, and in fact, Chhillar comes from a modest family of doctors and should be enjoying a sizeable fortune. However, her net worth is explicitly unknown. But, due to increasing popularity, she would eventually land film roles.

She describes herself as a focused, dedicated and creative person. Her mother, being a doctor herself, is the biggest supporter of her dreams.

Manushi never cares about any rumors about her.

She is an accomplished Kuchipudi dancer and was trained by legendary dancers Raja and Radha Reddy and Kaushalya Reddy.

Chhillaralso went to the National School of Drama.

She was crowned Femina Miss Indian in 2017. She is credited with many titles from her school and college days.

Hrithik Roshan is her celebrity crush.

In 2018, she was named the Times Most Desirable Woman of India by Indiatimes.

She’s an Indian brand ambassador for Adidas and Pantene.

In 2019, Chhillar won the Lokmat Most Stylish Awards in the Fresh Face category.

In 2021, she won the Filmfare Middle East Awards in the Social Good category.