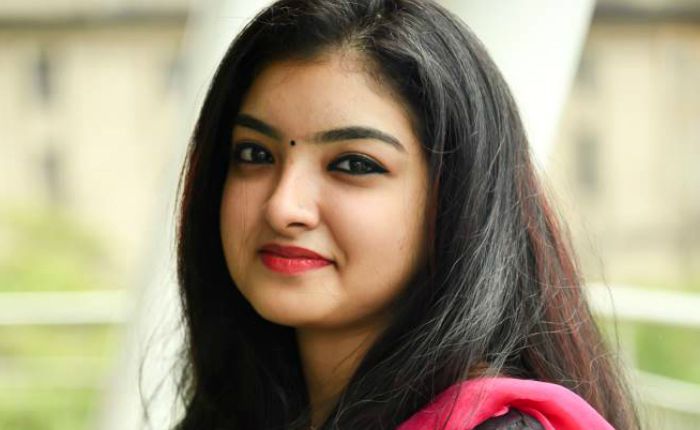 Malavika Nair is an Indian film actress who is known for her works in Malayalam films. A recipient of two Kerala State Awards, one she received for Best Child Artist for her performance in the film Karutha Pakshikal and the other for her role as Reema in Oomakkuyil Padumbol.

Malavika Nair is the daughter of Sethumadhavan and Suchitra. She has a brother named Nikhil. Born in Delhi, she moved to her hometown at a very young age. She attended Vivekodayam Girl’s Higher Secondary School in Thrissur. She is currently pursuing her bachelor’s degree at St. Teresa’s College, Kochi, Kerala.

Due to her low profile, it is a tad difficult to find information about her love life or past dating history.

Malavika Nair made her onscreen debut as a child actress in the 2006 Malayalam film, Karutha Pakshikal, where she played the role of a blind girl, Malli, daughter of Mammootty. Her performance in the film earned Malavika her first Kerala State Film Award for Best Child Artist.

She started acting when she was six years old.

In addition to acting in films, she has appeared in a number of TV commercials.

Malavika is also a good singer and dancer.