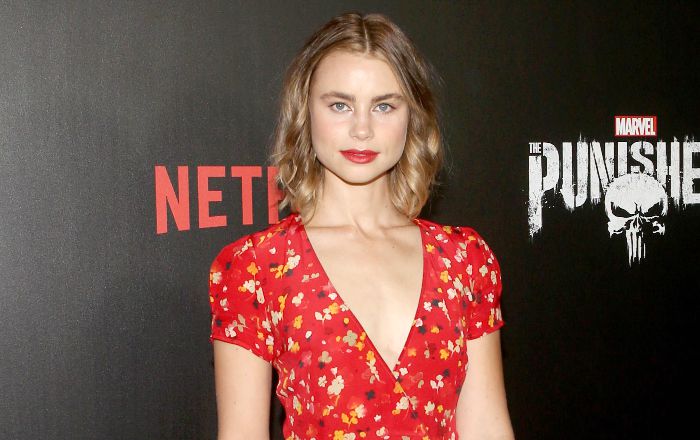 Lucy Fry is a young and aspiring Australian actress who shot to fame for her portrayal of Zoey in Lightning Point. She is also known for her starring roles as Lyla in Mako: Island of Secrets, and as Vasilisa Dragomir in the film Vampire Academy. She also played the lead role of Tikka in the 2017 Netflix film Bright.

Lucy Fry hasn’t revealed any information about her relationship status.

In 2014, she had her first theatrical film role as Lissa Dragomir in the fantasy comedy Vampire Academy.

In 2010, Lucy Fry debuted in the season 3 finale of H2O: Just Add Water. Her role was uncredited.

Her first credited role in a television series happened in the year 2012 with the show Lightning Point for her role as Zoey.

Her role as Zoey in the teen dramas Lightning Point, as Lyla in the Mako: Island of Secrets, and as Vasilisa Dragomir in the fantasy horror comedy movie Vampire Academy.

She has endorsed brands like Dublin Clothing and Hulu TV.

She was just 18 when she had her first role in the television series H2O: Just Add Water.

In 2007, Lucy was named the runner-up in Girlfriend Magazine’s Model Search.

In October 2016 Fry was cast as Tikka, a young elf who possesses powers over a magical wand, in the 2017 fantasy film Bright which stars Will Smith and Joel Edgerton.

She is obsessed with the film series Lord of the Rings and even possess weapons and jewelry props from the film. In fact, she has a crush on the lead character of the series called Aragorn.

Lucy has a peculiar habit of writing about her dreams when she wakes up.

She is addicted to smoothies.

In July 2017 Fry was cast to star as Heidi in the upcoming film She’s Missing alongside Eiza González.