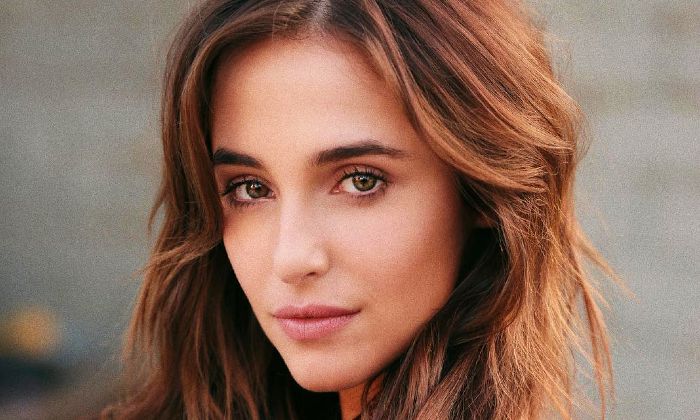 Lauren Swickard is an American actress who gained a lot of fame lately for her recurring roles as Lorynn on the comedy series, “Roommates,” and Danielle on the Netflix comedy-drama series, “Dear White People.” In 2020, she was cast as Tracy Peterson in the Netflix romantic-drama movie Roped, opposite Josh Swickard, her husband. Lauren has appeared in a handful of TV movies such as Babysitter’s Black Book, 2 Lava 2 Lantula!, The Perfect Daughter, Broken Promise, Web Cam Girls, and Room for Murder.

Lauren Swickard was born on the 25th of May 1993, in Cincinnati, Ohio, United States of America. She is currently 29 years old.

Lauren Swickard is the daughter of Linda Berry York and Michael Mike York. She grew up along with her sister, Sarah York, in Charlotte, North Carolina, where she attended Charlotte Christian School.

She studied ballet at the School of American Ballet in Manhattan and also at the Chautauqua Institute in New York to pursue a career as a ballerina.

Lauren Swickard married her boyfriend and actor Josh Swickard in July 2019. The pair got engaged back in December 2018. They began dating while working together in the film Roped. He is best known for playing Detective Harrison Chase on the ABC soap opera General Hospital. They have a daughter together named Savannah Kaye Swickard, born on April 2, 2021.

Lauren Swickard’s first feature film role was in the movie “Flashout,” where she played the role of Desa. The movie was released on March 26, 2019, and she was credited as Lauren York.

She has guest-starred in television series such as Deadly Sins, The Neighbors, Dear White People, and Roommates.

According to authoritative sources, Lauren Swickard has an estimated net worth of around $500 thousand dollars.

She developed an interest in performing arts at a very young age and took ballet lessons from prestigious institutions like the School of American Ballet and The Boston Ballet.

She moved to Los Angeles in pursuit of her acting career and her hard work and persistence paid off when she booked in several TV series and TV movies.

She starred alongside Spencer Locke in the 2015 Lifetime movie, Babysitter’s Black Book.

York is a trained ballerina.