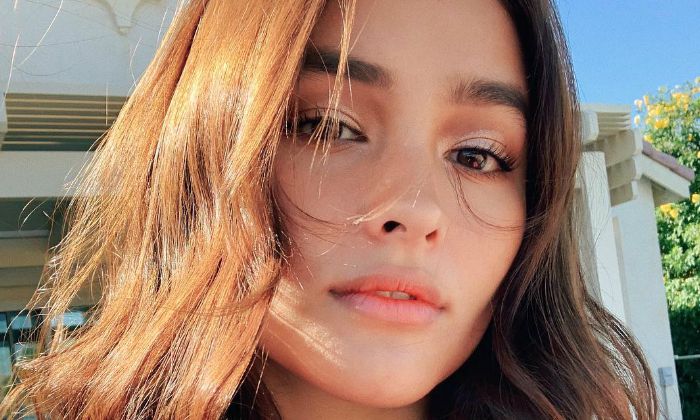 Liza Soberano is an American-born Filipino actress who is probably known best for her portrayal of Maria Agnes Calay-Grande in the Filipino romantic comedy television series Forevermore. The young gorgeous actress has already made her mark on Filipino television, thanks to her roles in such television series as Dolce Amore, Maalaala Mo Kaya: Korona, Bagani and Make It With You. Her film credits include her starring roles in movies like Just The Way You Are, Everyday I Love You, My Ex and Whys, and Alone/Together, in which she paired with her boyfriend Enrique Gil.

Liza Soberano was born on the 4th of January 1998, in Santa Clara, California, United States of America. She is currently 24 years old.

Liza Soberano is the daughter of John Castillo Soberano, a Filipino, and Jacqulyn Elizabeth Hanley, an American. She has a brother named Justin David Soberano.

Liza attended and graduated from St. Patrick’s School in Quezon City and then enrolled at Southville International School affiliated with Foreign Universities to pursue an online business management course.

Liza Soberano has been in a romantic relationship with fellow Filipino actor Enrique Gil since 2014. They worked together in the movie She’s the One and became close friends. After that, they started to work together in films and television series, where she played his love interest and that became true in real life as well.

Her grandparents were against her decision because they don’t want her to pursue a relationship at a young age. Liza and Enrique didn’t confirm their relationship status until 2017 and they finally admitted that they are loving each other during an interview with a magazine.

Liza Soberano made her feature film debut as Angel Gomez in Dado Lumibao’s rom-com “Must Be… Love” in 2013, starring Kathryn Bernardo and Daniel Padilla.

Liza Soberano’s first television appearance was a guest spot in the Philippine fantasy anthology series Wansapanataym. She played the role of Mac in the series which aired on ABS-CBN’s Yes Weekend!

Liza Soberano, as an actress, has already achieved great success and fame in her home country. She has achieved her dream of modeling and acting while still in her twenties.

As a Filipino television actress, Liza has entertained thousands of viewers throughout the country. Her first breakthrough role was that of Maria Agnes Calay in the Philippine romantic drama TV series Forevermore. Her performance as a farmer’s daughter in the Cathy Garcia-Molina directed series received huge praise and accolades. She won the Most Promising Female Star of the Year at the 46th GMMSF Box-Office Entertainment Awards.

In 2016, she played the role of Serena Marchesa-Ibarra in the Philippine romantic drama TV series Dolce Amore which earned her the Most Popular Love Team of Movies and TV at the 47th GMMSF Box-Office Entertainment Awards. She shared the award with her boyfriend Enrique Gil who played her love interest in the series.

Not only has Liza Soberano received a lot of awards for her works but she has also carved a niche for herself in the Filipino entertainment industry.

At just 24 years old, Liza Soberano’s life is already a success story and has become influential in the entertainment industry. According to Phil News, Liza Soberano has a net worth of $2 million. All of that money comes from film and television appearances as well as from lucrative endorsement deals. You can see her in a lot of commercials and in print ads.

Like many other celebrities, Liza Soberano is very active on social media and uses it to stay in touch with her fans. She has amassed over 18 million followers on her Instagram account, @lizasoberano, where she shares pictures from her day-to-day life and behind-the-shoot pics. You can find her on Twitter with the same name, where she’s got over 4.4 million followers.

She began her career as a child model, appearing in print ads when she was just 12 years old.

Ogie suggested she learn and become fluent in Tagalog as she was only fluent in English to get offers from television and film projects.

In August 2015, The Philippine Star Lifestyle included her in their “29 Most Bright & Beautiful” list.

The 27th Annual Independent Critics List of the 100 Most Beautiful Faces 2016 named Liza as the second most beautiful face in the world.

Campaign Asia Magazine named Soberano as 2017 most popular endorser of the year.

In 2018, she was named the No.1 most admired woman in the Philippines by YouGov an international Internet-based market research and data analytics firm in the United Kingdom.