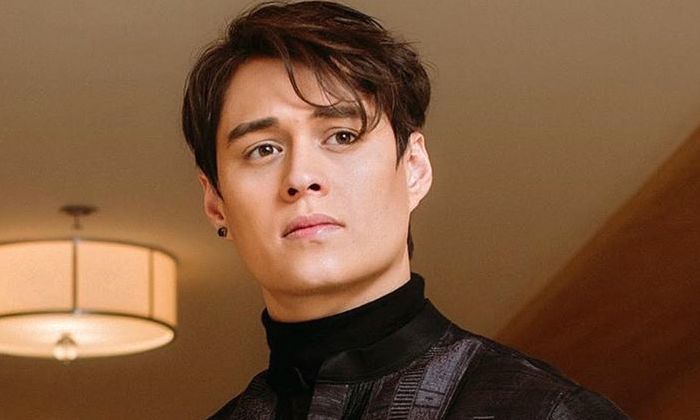 Enrique Gil is a Filipino actor, model, dancer, and singer who has been in the limelight ever since he starred in the Philippine teen drama series, Princess and I. He is probably best known for his role as Alexander “Xander” Grande III in the television series Forevermore, where he starred opposite his girlfriend Liza Soberano.

Enrique Gil was born on the 30th of March 1992, in Cebu, Central Visayas, Philippines. He is currently 29 years old.

Having born in Cebu, he’s got Spanish roots from his father’s side and Spanish and German roots from his mother. Both his parents worked as an airline crew for Philippine Airlines. His father passed away in 2008 due to cancer.

Gil attended Montessori De Manila in the BF Executive Village in Las Piñas for his primary school and then completed his secondary schooling at Manresa School in Parañaque in March 2008.

He then enrolled at San Beda College Alabang to study Information Technology but deferred his studies to pursue acting. In 2017, he joined the Southville International School in BF International, Las Piñas City, where he took a business management programme.

Enrique Gil has been in a relationship with fellow Filipino actress Liza Soberano since October 2014. The real-life couple has worked together in several movies and television series including Alone/Together, My Ex and Whys, Everyday I Love You, Just The Way You Are, and Forevermore.

Gil made his feature film debut in the year 2010, playing a small role in the film titled “Pitas”.

That same year, he landed his first major role in Jose Javier Reyes’s romantic drama film “Till My Heartaches End”. He was cast in a character named Jaco Barredo, the younger brother of Paolo Barredo (played by Gerald Anderson), starring Kim Chiu as a female lead.

Enrique Gil started his acting career with a guest spot in the action-drama series Pieta in 2008, where he played the role of Harold.

Gil released his debut dance album entitled “King of the Gil” via Star Records on July 29, 2013. The album featured seven tracks and received the “Dance Album of the Year” nomination at the 6th PMPC STAR AWARDS FOR MUSIC.

Gil, who is in his late twenties, has achieved great success as an actor and has become an influencer in the Philippine entertainment industry. He has gained immense popularity in his home country, thanks to the lead role in the romantic drama TV series “Forevermore” that pushed his career to a whole new level.

He played Alexander ‘Xander’ Grande III, a rebellious heir to Maria Agnes Calay (Liza Soberano) in the series from 2014 to 2015. The series was a huge hit and received critical acclaim, especially his performance and the chemistry between him and Liza was widely appreciated. Thus the on-screen pair continued to join hands in more such projects.

Arguably, Gil has got a pretty impressive profile as an actor. Having been in the industry for over a decade, he has created a name for himself in the show business. Though the exact net worth of Enrique Gil is not known at the moment, several media outlets have reported his net worth to be around $6 million.

Through his talent and perseverance, Gil has seen a lot of success so early in her career. There is no doubt that there is much more to come for him as he continues to have a successful career.

The actor also runs a YouTube channel, where he has over 89,000 subscribers and growing.

Gil began his acting career when he was just 16. His early works include appearing in television commercials and modeling for brands like Lewis and Pearl.

Growing up, he wanted to become a basketball player, but he had to give up his dream after he sustained an injury during a dance routine on the television show ASAP in 2010.

Gil was voted the Sexiest Man in the Philippines for 2013 in a poll conducted by Starmometer.com.

He has also worked as a radio jockey, starting with Dear M.O.R. Special, which aired on My Only Radio (MOR) 101.9 For Life! and MOR TV.

In 2019, he won the Push Male TV Performance of the Year at the PUSH Performance Awards 2018.